Participants Design Solutions for ‘Succeeding in a Hybrid World’

This is the first time in two years the TADHack event has been held at Avaya ENGAGE due to the pandemic, and organizers incorporated this into the theme. To enhance the authenticity of joining face-to-face and virtual engagements, hackers were challenged with bringing hybrid experiences to life – making each feel genuine – finding connections as we often do at work, in social environments or in the communities in which we live.

The hackathon is another facet of Avaya Experience Builders™ – Avaya’s network of Avaya experts, partners, developers, and customers—working together using pre-built frameworks and unique tools to solve complex problems. Nearly 50 teams pitched their ideas representing universities, businesses, channel partners, and private programming enthusiasts while participating in TADHack Mini-Orlando both in-person and remotely. Winners were selected at the close of the hackathon and had the opportunity to showcase their ideas to Avaya ENGAGE attendees.

“We are in a unique period where monolithic applications no longer satisfy experiences for customers and employees in a cloud-based world; experiences must be composed,” said Simon Harrison, SVP and CMO at Avaya. “All of the hackathon participants deserve congratulations for their efforts facing a unique challenge and delivering viable solutions using Avaya’s composable communications technology.”

The winning hacks and their creators are as follows:

First Place Hack name: Meeting Minion Team name: ConvergeOne Members: Kevin Kramer, Brent Bailey, and David Matthiesen. Used Avaya CPaaS to dial into a meeting bridge to cover for a participant who is unable to attend the meeting. Using Google Dialogflow, the minion will transcribe the meeting in real-time and listen for questions from their “boss.” If a question is asked during the meeting, the system will send a text message to the boss who will respond with the answer and then it will be read to those in attendance. If a participant requires that person to join the meeting, the minion will transfer them into the conversation. Resources used: Avaya OneCloud CPaaS, Avaya Spaces, and Google Dialogflow

Fifth Place Hack Name: Telepaper Members: Jared M, Ashcraft and David Sikes Augments the distance learning and collaboration experience by allowing users to seamlessly write notes to each other in real time with a tablet and stylus. Each user would have a tablet and the notes would appear between tablets in real time. Since the tablets are separate devices, screen sharing is unnecessary, and the face-to-face aspect of communication would be retained. Resources used: Avaya Spaces, Subspace, and Red Hat

Businesses are built by the experiences they provide, and everyday millions of those experiences are delivered by Avaya Holdings Corp. (NYSE: AVYA). Avaya is shaping what's next for the future of work, with innovation and partnerships that deliver game-changing business benefits. Our cloud communications solutions and multi-cloud application ecosystem power personalized, intelligent, and effortless customer and employee experiences to help achieve strategic ambitions and desired outcomes. Together, we are committed to help grow your business by delivering Experiences that Matter. Learn more at http://www.avaya.com.

All trademarks identified by ®, TM, or SM are registered marks, trademarks, and service marks, respectively, of Avaya Inc. All other trademarks are the property of their respective owners. 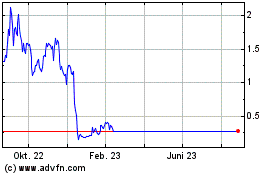 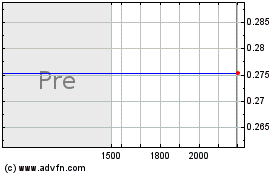