(Exact Name of Registrant as Specified in its Charter)

On January 14, 2022, Atmos Energy Corporation (“Atmos Energy”) completed a public offering of $200,000,000 aggregate principal amount of its 2.625% Senior Notes due 2029 (the “Notes”). The offering has been registered under the Securities Act of 1933, as amended (the “Securities Act”), pursuant to a registration statement on Form S-3 (Registration No. 333-257504) of Atmos Energy and the Prospectus Supplement dated January 11, 2022, which was filed with the Securities and Exchange Commission pursuant to Rule 424(b) of the Securities Act on January 13, 2022. Atmos Energy received net proceeds from the offering, after the underwriting discount and estimated offering expenses payable by it and excluding amounts paid by the purchasers with respect to accrued interest, of approximately $200.7 million.

The Notes were an additional issuance of the existing $300,000,000 2.625% Senior Notes due 2029 and were issued pursuant to an indenture dated as of March 26, 2009 (the “Base Indenture”) between Atmos Energy and U.S. Bank National Association, as trustee (the “Trustee”), and an officers’ certificate delivered to the Trustee pursuant to Section 301 of the Base Indenture (the “Officers’ Certificate,” and the Base Indenture, as modified by the Officers’ Certificate, is referred to herein as the “Indenture”). The Notes are represented by a global security executed by Atmos Energy on January 14, 2022 (the “Global Security”) and are unsecured senior obligations that rank equally in right of payment with all of Atmos Energy’s other existing and future unsubordinated debt. The Notes bear interest at an annual rate of 2.625%, payable by Atmos Energy on March 15 and September 15 of each year, beginning on March 15, 2022, and mature on September 15, 2029. The interest payment on March 15, 2022 will include interest from and including September 15, 2021.

Atmos Energy may redeem the Notes at its option at any time, in whole or in part, at a redemption price calculated in accordance with the Indenture. The Indenture includes covenants that limit the ability of Atmos Energy and its restricted subsidiaries (as defined in the Indenture) to, among other things, (i) grant specified liens, (ii) engage in specified sale and leaseback transactions, (iii) consolidate or merge with or into other companies or (iv) sell all or substantially all of Atmos Energy’s assets. The restrictive covenants are subject to a number of exceptions and qualifications set forth in the Indenture. The Indenture provides for events of default, including (i) interest payment defaults, (ii) breaches of covenants, (iii) certain payment defaults at final maturity or acceleration of other indebtedness and (iv) the occurrence of events of bankruptcy, insolvency or reorganization. If any event of default occurs and is continuing, subject to certain exceptions, the Trustee or the holders of at least 25% in aggregate principal amount of the then outstanding Notes may declare all the Notes to be due and payable immediately, together with any accrued and unpaid interest.

The above descriptions are qualified in their entirety by reference to the text of the Base Indenture, the Officers’ Certificate, and the Global Securities. The Base Indenture has been previously filed, the Officers’ Certificate is filed as Exhibit 4.1, and the Global Security is filed as Exhibit 4.2 to this Current Report on Form 8-K, and are each incorporated herein by reference. 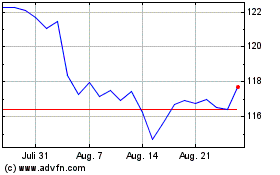 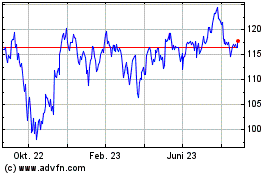 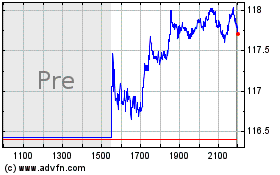