Check the appropriate box below if the Form 8-K filing is intended to simultaneously satisfy the filing obligations of the registrant under any of the following provisions:

If an emerging growth company, indicate by check mark if the registrant has elected not to use the extended transition period for complying with any new or revised financial accounting standards provided pursuant to Section 13(a) of the Exchange Act. ☒

On May 16, 2022, the audit committee (the “Audit Committee”) of Heliogen, Inc. (the “Company”), based on the recommendation of, and after consultation with, the Company’s management, and as discussed with BDO USA, LLP (“BDO”), the Company’s independent registered public accounting firm, concluded that the Company’s previously issued audited financial statements as of and for the year ended December 31, 2021 (the “Affected Financials”), should no longer be relied upon. As part of the Company’s accounting for revenue contracts with customers during the first quarter of 2022, management considered ongoing contracts that were entered into and accounted for during the year ended December 31, 2021. During this evaluation, it was determined that a government contract which had previously been assessed as within the scope of ASC 606, Revenue from Contract with Customers (“ASC 606”), should have been accounted for as a government grant and therefore not within the scope of ASC 606. The impact of this revised conclusion results in the reversal of a contract loss recognized in the fourth quarter of 2021, which results in a reduction in net loss as compared to the net loss reported in the Company’s previously issued financial statements, and re-evaluation of revenue and costs presented for this contract. The reconsideration of the government contract as a government grant will change the timing and nature of reporting for the contract but will not change the expected overall economics of the contract. Similarly, the related press releases, stockholder communications, investor presentations or other communications describing relevant portions of the Affected Financials, should no longer be relied upon. As a result, the Company intends to restate the Affected Financials in a Form 10-K/A, Amendment No. 1. The Company does not expect any of the above changes to have an impact on its liquidity position.

The Company’s management and the Audit Committee have discussed the matters disclosed in this Current Report on Form 8-K with BDO.

This Current Report on Form 8-K includes “forward-looking statements” within the meaning of the safe harbor provisions of the United States Private Securities Litigation Reform Act of 1995. Certain of these forward-looking statements can be identified by the use of words such as “believes,” “expects,” “intends,” “plans,” “estimates,” “assumes,” “may,” “should,” “will,” “seeks,” or other similar expressions. Such statements may include, but are not limited to, statements regarding the impact of the Company’s restatement of certain historical financial statements and the Company’s liquidity position. These statements are based on current expectations on the date of this Current Report on Form 8-K and involve a number of risks and uncertainties that may cause actual results to differ significantly, including that the process of preparing the restated Affected Financials or other subsequent events would require the Company to make additional adjustments to its previously issued financial statements. The Company does not assume any obligation to update or revise any such forward-looking statements, whether as the result of new developments or otherwise. Readers are cautioned not to put undue reliance on forward-looking statements.

Pursuant to the requirements of the Securities Exchange Act of 1934, the registrant has duly caused this report to be signed on its behalf by the undersigned thereunto duly authorized. 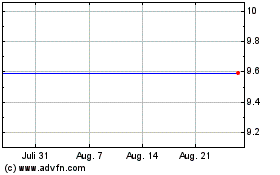 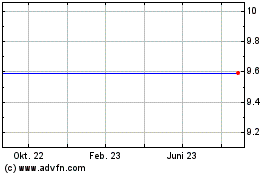 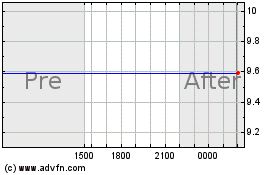