Under The Securities Exchange Act of 1934

(Date of Event Which Requires Filing of This Statement)

Note: Schedules filed in paper format shall include a signed original and five copies of the schedule, including all exhibits. See §240.13d-7 for other parties to whom copies are to be sent.

Unless otherwise noted, capitalized terms used herein without definitions shall have the meanings assigned to them in the Schedule 13D. Except as specifically set forth in this Amendment No. 27, the Schedule 13D remains unmodified.

(a) Washington Investments, LLC is added to this Schedule 13D as a Reporting Person. Kyle Washington, formerly a member of the board of directors of the Issuer, has been removed.

(d) During the last five years, none of the Reporting Persons has been convicted in any criminal proceeding (excluding traffic violations or similar misdemeanors).

(e) During the last five years, none of the Reporting Person has been party to any civil proceeding of a judicial or administrative body of competent jurisdiction as a result of which such person was or is subject to any judgment, decree or final order enjoining future violations of, or prohibiting or mandating activities subject to, Federal or State securities laws or finding any violation with respect to such laws.

Item 3 of this Schedule 13D is hereby amended and supplemented by adding the following text to the end of Item 3.

Item 4 of this Schedule 13D is hereby amended and supplemented by adding the following text to the end of Item 4.

The change in the Common Shares disclosed in this Amendment No. 27 is as a result of issuances of Common Shares by the Issuer to the Reporting Persons pursuant to the Issuer’s dividend reinvestment program in 2018.

(a) See items 11 and 13 of the cover pages to this Schedule 13D for the aggregate number of shares of Common Shares and percentage of Common Shares beneficially owned by each of the Reporting Persons.

(d) Except as set forth in this Schedule 13D, to the knowledge of the Reporting Persons, no person has the right to receive or the power to direct the receipt of dividends from, or the proceeds from the sale of, securities covered by this Schedule 13D.

After reasonable inquiry and to the best of the undersigned’s knowledge and belief, the undersigned certifies that the information set forth in this statement is true, complete and correct. 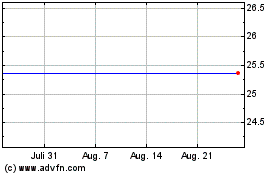 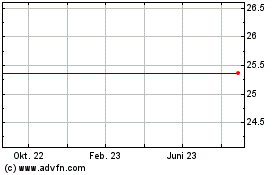 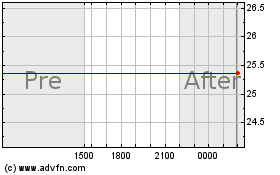