THE SECURITIES EXCHANGE ACT OF 1934

(Former name or former address, if changed since last report.)

The information set forth in Item 2.06 of this Current Report on Form 8-K is incorporated by reference into this Item 2.02.

The United States, European Union, United Kingdom and others have imposed, and may continue to impose, economic sanctions and export controls against certain industry sectors and parties in Russia in connection with the ongoing conflict between Russia and Ukraine. As previously disclosed, Air Lease Corporation (the “Company”) had approximately 3.4% of its fleet by net book value on lease to customers in Russia as of March 31, 2022.

In response to the sanctions, the Company terminated the leasing of all aircraft leased to Russian airlines. The Company has determined that it is unlikely that the Company will regain possession of the aircraft that have not been returned and that remain in Russia, which represent 21 aircraft in the Company’s owned fleet and six aircraft in the Company’s managed fleet. On April 19, 2022, in connection with the preparation and review of the Company’s quarterly financial statements for the quarter ended March 31, 2022, the Company determined that it expects to record a write-off of its interests in its owned and managed fleet that remain in Russia, totaling approximately $802.4 million. The Company does not expect that the write-off of these assets will result in material future cash expenditures for the Company. The Company is vigorously pursuing insurance claims to recover losses relating to these aircraft.

This Current Report on Form 8-K contains forward-looking statements within the meaning of the Private Securities Litigation Reform Act of 1995. Forward-looking statements convey the Company’s current expectations or forecasts of future events. All statements contained in this Current Report other than statements of historical fact are forward-looking statements. These forward-looking statements include, among other things, all statements regarding the Company’s expectations and beliefs regarding its operations, financial performance, asset write-offs, the recoverability of aircraft in Russia, and the outcome of any insurance claims. These forward-looking statements are only predictions and involve estimates, known and unknown risks, assumptions and uncertainties that could cause actual results to differ materially from those expressed in such statements, including as a result of the following factors, among others: the extent to which the Russian invasion of Ukraine and the impact of sanctions imposed by the United States, European Union, United Kingdom and other countries affect the Company’s business and financial condition, results and cash flows; the Company’s inability to generate sufficient returns on its aircraft investments through strategic acquisition and profitable leasing; changes in the value of, and lease rates for, the Company’s aircraft, including as a result of aircraft oversupply, manufacturer production levels, lessees’ failure to maintain the Company’s aircraft, and other factors outside of the Company’s control; impaired financial condition and liquidity of the Company’s lessees, including due to lessee defaults and reorganizations, bankruptcies or similar proceedings; the failure by the Company’s lessees to adequately insure its aircraft or fulfill their contractual indemnity obligations to the Company; increased tariffs and other restrictions on trade; changes in the regulatory environment, including changes in tax laws and environmental regulations; and other events affecting the Company’s business or the business of its lessees and aircraft manufacturers or their suppliers that are beyond the Company’s or their control, such as the threat or realization of epidemic diseases in addition to COVID-19, natural disasters, terrorist attacks, war or armed hostilities between countries or non-state actors; and the additional factors discussed under “Part I — Item 1A. Risk Factors,” in the Company’s Annual Report on Form 10-K for the year ended December 31, 2021 and other filings by the Company with the Securities and Exchange Commission.

All forward-looking statements are necessarily only estimates of future results, and there can be no assurance that actual results will not differ materially from expectations. You are therefore cautioned not to place undue reliance on such statements. Any forward-looking statement speaks only as of the date on which it is made, and the Company does not intend, and undertake no obligation, to update any forward-looking information to reflect actual results or events or circumstances after the date on which the statement is made or to reflect the occurrence of unanticipated events. 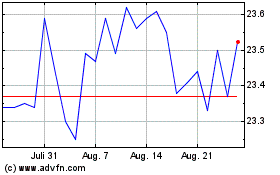 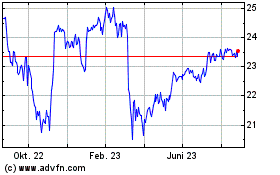 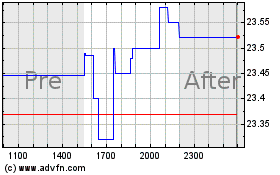