Proxy Statement Pursuant to Section 14(a) of the

Filed by the Registrant  ☒

Filed by a party other than the Registrant  ☐

(Name of Registrant as Specified in its Charter)

(Name of Person(s) Filing Proxy Statement, if other than the Registrant)

Payment of Filing Fee (Check all boxes that apply):

“Based on our review and analysis, having evaluated the arguments made by L&B, Aimco’s responses, and other considerations, we do not believe there is a compelling case to warrant board change at this time, nor do we believe L&B’s nominees would be additive to the Aimco board. We find the Company’s performance has been generally strong and its valuation broadly in-line with peers, particularly as of late. We believe current leadership deserves credit for the numerous actions it has taken related to Aimco’s business, operations and corporate governance, which appear to have been the main drivers underlying Aimco’s recent share price outperformance.”

“Moreover, we don’t consider either L&B nominee to be particularly additive or the right fit for the Aimco board. And we would have serious misgivings about the board losing certain expertise and perspective that the incumbent directors possess under any of the alternative voting scenarios described above. Specifically, it appears both L&B nominees have a similar skill set and are meant to fulfill the same purpose on the Aimco board, which would seem to be to primarily assist with investor communications and capital allocation.”

“In our view, Aimco’s share price outperformance and the narrowing of its NAV trading discount to peers… have been driven primarily by the actions taken by the current board and management team since the spin-off, as well as Aimco’s operational execution and financial results, which for the most part appear to have given investors reason to believe in the Company’s strategy, performance and management.”

“Thus, while we acknowledge Aimco’s persistent discount to NAV, given that both developer and apartment REIT peers have also recently traded at significant discounts to NAV, this currently appears to be more of an industry-wide issue than an Aimco-specific problem, in our opinion.”

“Given the timing of Aimco’s valuation gap narrowing (which we acknowledge partially overlaps with L&B’s involvement and public campaign) and the consistency with which Aimco has recently traded with peers on a price-to-NAV basis, we do not believe recent trading activity can be attributed solely to investor “hope” stemming from the Dissident’s campaign.”

“Still, L&B’s narrative is largely refuted, in our view, by the fact that Aimco initially set out its strategy and objectives for investors more than a year ago, in October 2021, and has provided key updates for investors along the way, including in both February 2022 and June 2022, in addition to quarterly earnings releases.”

On the Strength of Aimco’s Incumbent Directors:

“Lastly, with respect to the incumbents who L&B is opposing this year, we take note of Mr. Stein’s accounting, executive, and business separation experience, as well as his role as chairman of the investment committee currently leading the board’s review of options to further enhance value, and Mr. Stone’s real estate development experience and role as chairman of the governance committee, where he has demonstrated a responsiveness to investor concern by enacting a number of governance improvements. In our view, the expertise and experience of the incumbent directors up for re-election this year remains crucial to Aimco’s progress and forward plan.”

“Based on our meeting with Mr. Leupp and other Aimco board members, we believe he and the board are committed to further enhancing Aimco’s investor relations and communications. And the board appears well equipped to do so, in our view, given Mr. Leupp’s experience and perspective.”

“Although L&B has called out Mr. Stone, as chairman of Aimco’s governance committee, for not pressing for the immediate de-staggering of the board or other governance improvements earlier, the fact that he and the board have since shown responsiveness to investor feedback by adopting various governance reforms (as detailed above) suggests to us that Mr. Stone is more likely part of the solution than any ongoing problems on the Aimco board.”

“We also find Aimco’s investor relations and capital allocation – primary complaints of the Dissident and the areas where its nominees would presumably make their biggest contributions—to already be in capable hands and not nearly as lacking as L&B has alleged, significantly undercutting the candidacies of L&B’s nominees, in our view.”

“On the other hand, the first of L&B’s nominees, Ms. Applebaum, comes from a background in the steel industry, first as an analyst and then a director, with no relevant real estate or REIT experience. We also note she is a perennial L&B nominee, having been nominated by the investor in three prior instances yet never elected by shareholders or otherwise appointed to those boards.”

“While Mr. Sullivan’s experience seems much more suited for Aimco, we consider it is also largely duplicative by virtue of Mr. Leupp’s presence on the Aimco board, who has significant real estate and REIT experience from an investor perspective, as well as additional, current board experience at another public REIT. Given this would be Mr. Sullivan’s first public company directorship (which is not a disqualifying factor on its own, in our view) and considering his perspective is largely replicated by Mr. Leupp and the Company’s ongoing advisory relationship with Green Street, where Mr. Sullivan previously led the advisory practice, we see a reduced need for his perspective at this time.”

We are pleased that Glass Lewis supports the reelection of all three of Aimco’s highly qualified director nominees.

Glass Lewis clearly recognizes that Aimco has the right Board and the right strategy to continue enhancing value for stockholders. Its recommendation reaffirms the Board’s unanimous conclusion that electing Land & Buildings’ slate of dissident director nominees would not be additive and would remove expertise from the New Aimco Board that is critical to the Company’s success.

Aimco reminds stockholders that their vote is extremely important, no matter how many or how few shares they own. The Company strongly recommends that stockholders vote “FOR” the Company’s three highly qualified directors: Jay Paul Leupp, Michael A. Stein and R. Dary Stone.

If you have questions or require any assistance with voting your shares,

Aimco is a diversified real estate company primarily focused on value add, opportunistic, and alternative investments, targeting the U.S. multifamily sector. Aimco’s mission is to make real estate investments where outcomes are enhanced through its human capital so that substantial value is created for investors, teammates, and the communities in which we operate. Aimco is traded on the New York Stock Exchange as AIV. For more information about Aimco, please visit its website www.aimco.com.

Words such as “anticipate(s),” “expect(s),” “intend(s),” “plan(s),” “believe(s),” “plan(s),” “may,” “will,” “would,” “could,” “should,” “seek(s),” “forecast(s),” and similar expressions, or the negative of these terms, are intended to identify such forward-looking statements. These statements are not guarantees of future performance, condition or results, and involve a number of known and unknown risks, uncertainties, assumptions and other important factors, among others, that may affect actual results or outcomes include, but are not limited to: (i) the risk that the 2023 preliminary plans and goals may not be completed in a timely manner or at all, (ii) the inability to recognize the anticipated benefits of pipeline investments and projects, (iii) changes in general economic conditions, including as a result of the COVID-19 pandemic. Although we believe that the assumptions underlying the forward-looking statements, which are based on management’s expectations and estimates, are reasonable, we can give no assurance that our expectations will be attained.

Risks and uncertainties that could cause actual results to differ materially from our expectations include, but are not limited to: the effects of the coronavirus pandemic on the Company’s business and on the global and U.S. economies generally; real estate and operating risks, including fluctuations in real estate values and the general economic climate in the markets in which we operate and competition for residents in such markets; national and local economic conditions, including the pace of job growth and the level of unemployment; the amount, location and quality of competitive new housing supply; the timing and effects of acquisitions, dispositions, redevelopments and developments; changes in operating costs, including energy costs; negative economic conditions in our geographies of operation; loss of key personnel; the Company’s ability to maintain current or meet projected occupancy, rental rate and property operating results; the Company’s ability to meet budgeted costs and timelines, and, if applicable, achieve budgeted rental rates related to redevelopment and development investments; expectations regarding sales of apartment communities and the use of proceeds thereof; insurance risks, including the cost of insurance, and natural disasters and severe weather such as hurricanes; financing risks, including the availability and cost of financing; the risk that cash flows from operations may be insufficient to meet required payments of principal and interest; the risk that earnings may not be sufficient to maintain compliance with debt covenants, including financial coverage ratios; legal and regulatory risks, including costs associated with prosecuting or defending claims and any adverse outcomes; the terms of laws and governmental regulations that affect us and interpretations of those laws and regulations; possible environmental liabilities, including costs, fines or penalties that may be incurred due to necessary remediation of contamination of apartment communities presently or previously owned by the Company; activities by stockholder activists, including a proxy contest; the risk of the timing of our stockholder value enhancement review and the risk that we will not identify any value enhancing options or that we will not successfully execute or achieve the potential benefits of any such options.

In addition, the Company’s current and continuing qualification as a real estate investment trust involves the application of highly technical and complex provisions of the Internal Revenue Code and depends on the Company’s ability to meet the various requirements imposed by the Internal Revenue Code, through actual operating results, distribution levels and diversity of stock ownership. Readers should carefully review the Company’s financial statements and the notes thereto, as well as the section entitled “Risk Factors” in Item 1A of the Company’s Annual Report on Form 10-K for the year ended December 31, 2021 and in Item 1A of the Company’s Quarterly Reports on Form 10-Q for the quarterly periods ended March 31, 2022, June 30, 2022, and September 30, 2022, and the other documents the Company files from time to time with the SEC. These filings identify and address important risks and uncertainties that could cause actual events and results to differ materially from those contained in the forward-looking statements.

These forward-looking statements reflect management’s judgment as of this date, and the Company assumes no (and disclaims any) obligation to revise or update them to reflect future events or circumstances. 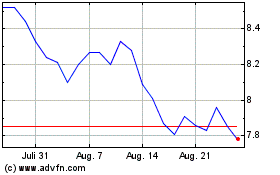 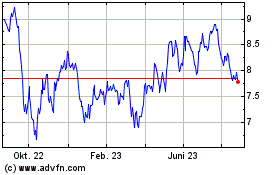 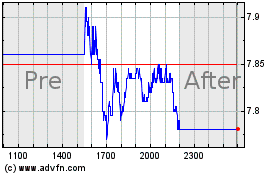