Apollo Healthcare Corp. (TSX: AHC – “Apollo” or the “Company”) and Anjac SAS (“Anjac”) are pleased to announce that they have entered into a definitive arrangement agreement (“Arrangement Agreement”) pursuant to which Anjac has agreed to acquire all of the issued and outstanding Class B shares of Apollo (“Apollo Shares”), other than certain Apollo Shares held by members of management (“Rollover Shares”), by way of a statutory plan of arrangement (“Plan of Arrangement”) under the Business Corporations Act (Ontario) (“Transaction”). Under the terms of the Arrangement Agreement, holders of Apollo Shares (“Apollo Shareholders”) will receive C$4.50 in cash for each Apollo Share held (“Consideration”), which implies an aggregate equity value for Apollo (including the Rollover Shares), of approximately C$327 million, on a fully-diluted, in-the-money, treasury method basis.

Charles Wachsberg, Chairman and Co-Chief Executive Officer of Apollo, commented: “We are delighted to be able to deliver a substantial premium and investment liquidity for all of our faithful shareholders through Apollo’s partnership with Anjac. Apollo’s established leadership and commitment to strategic, client centric engagement, as well as to building world class retail brands for its cherished family of clients will be further enhanced in its association with Anjac. We look forward to working closely with Anjac to deliver industry leading innovation and customization throughout our global distribution platform.”

Aurelien Chaufour, Chief Executive Officer of Anjac, commented: “With assets in the USA, Canada and Europe, Anjac is a global leader in developing first to market and exclusive technologies within the health and beauty care and pharmaceutical sectors. We look forward to collaborating with the talented Apollo team on future initiatives and to bringing exceptional quality products to market in the dedicated service of Apollo’s customers.”

INDEPENDENT COMMITTEE AND BOARD RECOMMENDATION

Apollo and Anjac have provided representations and warranties customary for a transaction of this nature and Apollo has provided customary interim period covenants regarding the operation of its business in the ordinary course. In addition, the Arrangement Agreement includes customary deal protection provisions, including that Apollo has agreed not to solicit or initiate any discussion regarding any other business combination, subject to customary “fiduciary out” rights. Apollo has also granted Anjac a right-to-match any superior proposal and will pay a termination fee of C$11.5 million to Anjac if the Arrangement Agreement is terminated in certain circumstances, including if Apollo recommends or approves an acquisition proposal or enters into an agreement with respect to a superior proposal. Apollo and Anjac have also agreed to make an expense reimbursement payment to the other party if the Arrangement Agreement is terminated in certain circumstances.

The Transaction is not subject to a financing condition and the Consideration will be funded from Anjac’s current cash balance and a committed debt facility to be provided on closing of the Transaction.

Anjac Health and Beauty Services provides contract development, manufacturing services, and analytical testing for pharmaceuticals, medical devices, health and hygiene products, and beauty products. The Anjac group of companies brings together 10 leading, complementary enterprises, and 14 research, development and production facilities, across the health, hygiene, beauty and food supplements industries. Anjac was founded in 2008, has approximately 1,700 employees globally, and is based in Paris, France.

By their nature, forward-looking statements involve numerous assumptions, known and unknown risks and uncertainties that contribute to the possibility that predictions, forecasts, projections and other forward-looking statements will not occur, which may cause Apollo’s actual performance and financial results in future periods to differ materially from any estimates or projections of future performance or results expressed or implied by such forward-looking statements. These risks and uncertainties include, without limitation, completion of the Transaction is subject to a number of conditions which are typical for transactions of this nature, certain of which are outside the control of Apollo, failure to satisfy any of these conditions, the emergence of a superior proposal or the failure to obtain approval of Apollo Shareholders may result in the termination of the Arrangement Agreement. As a consequence, actual results may differ materially from those anticipated in the forward-looking statements.

Readers are cautioned that the forgoing lists of factors are not exhaustive. Additional information on these and other factors that could affect Apollo’s operations and financial results are included in reports on file with Canadian securities regulatory authorities and may be accessed through the SEDAR website (www.sedar.com) and at Apollo’s website (www.apollohealthcarecorp.com). Furthermore, the forward-looking statements contained in this press release are made as at the date of this press release and Apollo does not undertake any obligation to update publicly or to revise any of the forward-looking statements, whether as a result of new information, future events or otherwise, except as may be required by applicable securities laws.

This release does not constitute an offer to purchase or a solicitation of an offer to sell securities. Shareholders are advised to review any documents that may be filed with securities regulatory authorities and any subsequent announcements because they will contain important information regarding the Transaction and the terms and conditions thereof. 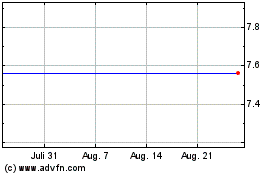 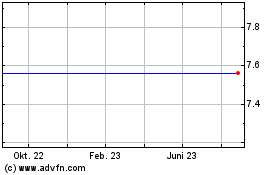 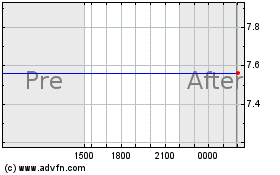