“Russ Brewer and Holly Horn have worked closely together for many years, further ensuring a smooth transition,” said Mr. Frederico. “I cannot emphasize enough how much Russ has contributed to the growth and development of Assured Guaranty and to me personally. He has a long list of accomplishments on behalf of our company and our industry, and we will benefit greatly from his advice, insight and knowledge during 2022.”

Mr. Brewer’s 35-year tenure with the Company has been impactful since the earliest days of Assured Guaranty Municipal’s predecessor company, Financial Security Assurance (FSA). He played a key role in FSA’s pioneering efforts to establish the use of financial guarantees in structured finance transactions, and ultimately became FSA’s Chief Risk Management Officer. He has led Assured Guaranty’s surveillance efforts on the combined FSA and Assured Guaranty insured portfolio since Assured Guaranty acquired FSA in 2009. He was instrumental in significantly mitigating RMBS losses after the global financial crisis and in achieving important public finance settlements, including those related to history’s two largest U.S. municipal bankruptcies – Detroit and Puerto Rico. In more recent years, Mr. Brewer assumed the added responsibility of heading the Company’s Information Technology operations during a period of major transformations that included integration and updating of internal IT platforms to meet the needs of an increasingly complex market and regulatory environment, consolidation of acquired companies’ systems, and vastly heightening cybersecurity.

As Assured Guaranty’s Chief Surveillance Officer – Public Finance, Holly Horn has led the Public Finance Surveillance department’s day-to-day operations and its remediation efforts on the U.S. and international public finance portions of its insured portfolio. She has had a major role in negotiations to bring Puerto Rico’s Title III bankruptcy closer to resolution, and she spearheaded the Company’s rapid response project to evaluate and successfully mitigate the potential impact of the COVID-19 pandemic on credits in the Company’s insured portfolio. In addition to serving as Chief Surveillance Officer, Ms. Horn will chair the U.S. Workout Committee and lead Assured Guaranty’s Government Affairs activities.

In his new role, Jorge Gana will serve as Deputy Chief Risk Officer and Deputy Chair of the U.S. Risk Management Committee and will assume primary responsibility for the environmental aspect of the Company’s ESG efforts. In his previous position of Senior Managing Director, Workout and Government Affairs, he has had a major role in the negotiations related to the Puerto Rico loss mitigation effort and chaired the U.S. Workout Committee, on which he will continue to serve, along with his memberships on the Public Finance and Structured Finance Credit Committees. Mr. Gana will continue his principal role in mitigating the Company’s insured exposure to Puerto Rico. In earlier years, he led the Company’s Asset-Backed Securities group.

As head of Information Technology, Chris Gibbons’ responsibilities will include information technology, business operations and vendor management. He joined Assured Guaranty in 2020 as Chief Technology Officer and has managed technological challenges of remote work during the pandemic and the technological integration of Assured Investment Management into the Company. He previously worked in Prudential’s Chief Investment Office, where he was Chief Information Officer and Head of Technology and Business Operations, and at Columbia University, where he was Chief Technology Officer for the Graduate Business School.

Any forward-looking statements made in this press release reflect Assured Guaranty’s current views with respect to future events and are made pursuant to the safe harbor provisions of the Private Securities Litigation Reform Act of 1995. Such statements involve risks and uncertainties that may cause actual results to differ materially from those set forth in these statements. These risks and uncertainties include risks and uncertainties that have not been identified at this time, management’s response to these factors, and other risk factors identified in Assured Guaranty’s filings with the Securities and Exchange Commission. Readers are cautioned not to place undue reliance on these forward-looking statements, which are made as of January 3, 2022. Assured Guaranty undertakes no obligation to publicly update or revise any forward-looking statements, whether as a result of new information, future events or otherwise, except as required by law. 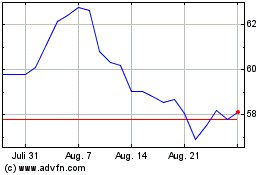 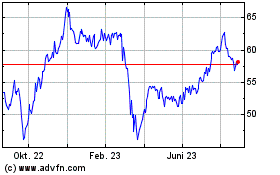 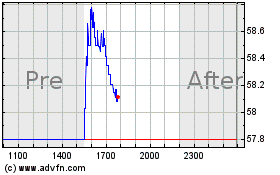