If an emerging growth company, indicate by check mark if the registrant has elected not to use the extended transition period for complying with any new or revised financial accounting standards provided pursuant to Section 13(a) of the Exchange Act.

On December 31, 2021, Armstrong Flooring, Inc. (the “Company”), announced that it entered into an ABL Amendment (as defined below) and a Term Loan Amendment (as defined below), that became effective as of December 30, 2021 (the “Effective Date”), each of which is described in greater detail below. In connection with the Term Loan Amendment, Pathlight Capital LP, in its capacity as the Company’s current term loan lender, loaned the Company and the Company’s subsidiary, Armstrong Flooring Pty Ltd (the “Australian Borrower”), additional term loans in an aggregate principal amount of $35 million (the “Incremental Term Loan”) to support the Company.

Among other things, the ABL Amendment amends the interest rates applicable to the loans under the Amended ABL Credit Facility, modifies certain financial maintenance and other covenants thereunder, as described in greater detail below, and includes the consent of the lenders under the Amended ABL Credit Facility to the making of the Incremental Term Loans. In connection with, and as a condition precedent to, the ABL Amendment, the Australian Borrower guaranteed the

Pursuant to the ABL Amendment, the Company has elected to enter into a cash dominion period that will be effective as of February 1, 2022, and will continue until the obligations under the Amended ABL Credit Facility and the Amended Term Loan Facility (as defined below) (together, the “Amended Facilities”) are paid in full. During this period, if the Company has cash in its disbursement accounts in excess of $500,000 on the last business day of any week, the Company will apply any such excess to prepay loans under the Amended ABL Credit Facility. This prepayment requirement does not apply to amounts in such accounts with respect to which a disbursement has been initiated or scheduled.

In connection with the Term Loan Amendment, the Company paid the Term Loan Agent an amendment fee equal to 2.5% of the outstanding principal balance of the Existing Term Loans and 5.0% of the initial principal balance of the Incremental Term Loans. If prepaid within one year of the Effective Date, the Existing Term Loans and the Incremental Term Loans are subject to a prepayment fee equal to the greater of a make-whole amount, determined based on the applicable interest rate at the time of prepayment, and 3.0% of the aggregate principal amount repaid.

In addition, consistent with the Existing ABL Pledge, the Exiting Term Loan Pledge was amended to require 100% of the equity interests in the Australian Borrower and certain other foreign subsidiaries of the Company to be pledged to secure the obligations of the Company and the Australian Borrower under the Amended Term Loan Credit Facility. Previously, this was limited to a 65% pledge in the case of voting equity of foreign subsidiaries.

The $35 million aggregate principal amount of Incremental Term Loans and the ABL Amendment and the Term Loan Amendment reflect significant support from the Company’s lenders. The Company does, however, continue to face certain risks and uncertainties that have been affecting its business and operations. The ABL Amendment and the Term Loan Amendment contain provisions that require the Company and its subsidiaries to adhere to various covenants, including meeting certain Milestones relating to the sale process, as described in greater detail elsewhere in this Current Report on Form 8-K, and there can be no assurance

On December 31, 2021, the Company issued a press release announcing that it had entered into the ABL Amendment and the Term Loan Amendment and certain related matters.

The information in Item 7.01 of this Current Report on Form 8-K, including Exhibit 99.1, is being furnished herewith and shall not be deemed “filed” for the purposes of Section 18 of the Exchange Act, or otherwise subject to the liabilities of that section, nor shall it be deemed incorporated by reference into any filing under the Securities Act or the Exchange Act, except as expressly set forth by specific reference in such filing. 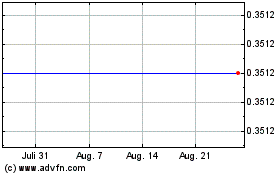 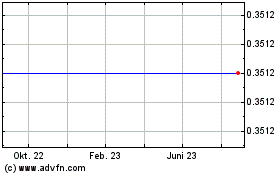 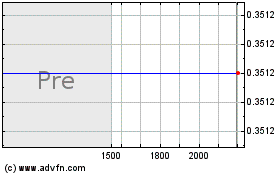