MOTION No. 1
DETERMINATION OF THE NUMBER OF DIRECTORS

Juan Vicente Revilla Vergara
Bachelor in Business Administration from Universidad del Pacífico and graduate of the Dutch Savings Bank Training Center. He is Managing Director and Head of Investments for Southern Europe of IG4 Capital since June 2020 before that CEO of High Trend International, LLC, CEO of Telefónica International Wholesale Services, Director of Resources of Telefónica Brazil, Global Manager of Shared Services for Telefónica Group, CEO of Latin American Operations of Telefónica Group, Chief Technology Officer for Latin America of Telefónica Group, CEO of Telefónica del Perú, Chief Procurement Officer of Telefónica Group and CFO of Telesp.
Independent External Directors
Carlos Rojas Perla
Bachelor in Business Administration from Universidad del Pacífico with specialization courses at Harvard University and Instituto Tecnológico y Estudios Superiores de Monterrey.  Founding partner of Capia and currently, CEO of Capia SAFI S.A. He was independent director for both Enel Generación Perú S.A.A and Pesquera Exalmar S.A.A. Previously, Chief Investment Officer and director of Compass Group SAFI between 2006 and 2011 and he designed and managed Perú Special Investment Funds, the first Peruvian equity hedge fund. He worked in investments at Rimac Seguros and Deutsche Bank managing the Andean region portfolio.
Santiago Hernando Perez
Santiago Hernando Pérez holds a degree in Chemical Sciences with a specialization in Chemical Engineering from the University of Valladolid, Spain, and an MBA from IEDE Business School. He has worked in the utilities and concessions sector as CEO of Aguas Nuevas S.A., New Business Manager at Aguas Andinas S.A., CEO of Concesionaria Intermodal de la Cisterna and director of several sanitary companies in Chile and Uruguay, as well as of the urban public transport company Alsacia in Santiago de Chile. He is currently an independent consultant in management and administration and business development and has been a director of Aguas Santiago Norte S.A. and of AENZA S.A.A. since December 2020.
Antonio Carlos Valente Da Silva
Engineer from Pontifícia Universidad Católica do Rio de Janeiro, finishing his MBA studies at the same institution. He has served as CEO and Chairman of the Board of Directors of Telefónica Brasil and Telefónica del Perú. He has been a member of the Board of Directors of the National Telecommunications Agency in Brazil. He is currently a director of Padtec Holding, Dom Rock and Cinnecta.
Motion:
To elect as members of the Board of Directors of AENZA S.A.A. for the year 2020 Pablo Kühlenthal, Santiago Hernando, Carlos Rojas, Antonio Carlos Valente, Esteban Vitón, Nicolás Bañados, Juan Revilla, Gustavo Buffara and Gema Esteban for the period from 2021 to 2024.
MOTION No.3
DELEGATION OF POWERS
RECITALS
WHEREAS, it is necessary to ensure that the resolutions adopted by the General Shareholders' Meeting during this session are valid and enforceable against third parties; and
WHEREAS, for such purposes, it is proposed to delegate powers to officers of AENZA S.A.A. to achieve the purpose described in the previous recital.
Motion:
To grant powers of attorney to certain officers, so that they may sign, on behalf of the Company, all public and private documents required for the formalization and registration of the resolutions adopted at the meeting. 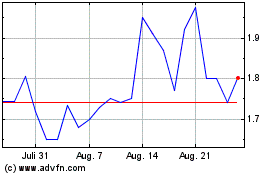 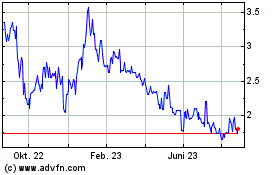 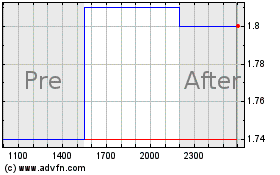