Dentsply Sirona Inc. (“Dentsply Sirona” or the “Company”) (Nasdaq: XRAY) today announced that Simon Campion has been appointed President and Chief Executive Officer and will join the Company’s Board of Directors (“Board”), effective September 12, 2022. He succeeds John Groetelaars, who has served as Interim Chief Executive Officer since April 2022. Mr. Groetelaars will continue to serve on the Board.

Mr. Campion joins Dentsply Sirona from Becton, Dickinson and Company (“BD”), where he most recently served as Executive Vice President and President of the Medical segment and prior to that served as President of the Interventional segment following BD’s acquisition of C. R. Bard. He previously held several leadership roles across the C. R. Bard organization, including leading the Surgery business unit.

With the hiring of Mr. Campion, the Board has requested a full review of the Company’s business and operations including competitive positioning and portfolio, margin enhancement opportunities, and capital structure.

Eric K. Brandt, Chairman of the Dentsply Sirona Board, said, “Simon’s appointment follows a comprehensive search process to identify the right leader to help the Company deliver on its strategic and financial goals. Simon is a high-integrity, transformational leader with a record of world-class operational expertise and sustainable growth. In his 25 years in the medical device industry, Simon has led global business units, driven commercial execution, and developed and executed strategies to expand innovation and generate revenue growth at scale. During his tenure at BD, Simon delivered above-market annualized revenue growth, accelerated the segments’ M&A activity, and expanded the organic innovation agenda. We believe Simon’s values and leadership will be highly impactful in moving the Company forward particularly as the Company prepares to complete the ongoing Audit Committee review, improve operational rigor, and drive accountability.”

Mr. Campion said, “It’s an honor to join Dentsply Sirona and have the opportunity to lead this great team. During my career, I’ve developed a clear understanding of what it takes for a global healthcare company to succeed, and I am confident that with its strong foundation of industry-leading products and patient-driven innovation, Dentsply Sirona is well-positioned to capitalize on the market opportunities ahead and deliver long-term growth and value creation.”

Mr. Brandt continued, “The Board is most grateful to the employees of Dentsply Sirona for their patience, resiliency, and commitment to our providers and patients during this time of uncertainty as the Company prepares for completion of the ongoing Audit Committee review. Additionally, the Board thanks John Groetelaars for his service as Interim Chief Executive Officer. During his tenure, John put in place management systems that are key to focusing and advancing the Company’s top priorities and set an exemplary standard of integrity and accountability. We look forward to continuing to benefit from his expertise on the Board.”

Mr. Groetelaars said, “It has been a privilege to serve as Dentsply Sirona’s Interim CEO. Over the last several months, I’ve gained deep insight into Dentsply Sirona’s business, operations, and opportunities. Dentsply Sirona has a solid strategy in place, and I am eager to apply the perspectives I’ve gained as I continue to support the Company’s progress from the Board.”

Simon Campion previously served as Executive Vice President & President of the Interventional and Medical segments at BD (Becton, Dickinson and Company). When BD acquired C. R. Bard in 2017, he initially led the integration of the BD & Bard Surgery businesses into a single business unit and upon taking on the role of Executive Vice President & President of Interventional, a $4.2 billion segment in 2021, led the broader segment through integration, and oversaw the global strategic, financial and innovation performance of the segment. Mr. Campion’s leadership generated revenue growth at scale through expansion of the segment’s organic innovation agenda and acceleration of its M&A objectives. Prior to BD’s acquisition of C. R. Bard, Mr. Campion held several leadership roles across the C. R. Bard organization in the U.S. and Internationally, including President of the Surgery business unit. Previously he held marketing and R&D roles at Cook Medical and Boston Scientific.

Dentsply Sirona is the world’s largest manufacturer of professional dental products and technologies, with over a century of innovation and service to the dental industry and patients worldwide. Dentsply Sirona develops, manufactures, and markets a comprehensive solutions offering including dental and oral health products as well as other consumable medical devices under a strong portfolio of world class brands. Dentsply Sirona’s products provide innovative, high-quality and effective solutions to advance patient care and deliver better and safer dental care. Dentsply Sirona’s headquarters is located in Charlotte, North Carolina. The Company’s shares are listed in the United States on Nasdaq under the symbol XRAY. Visit www.dentsplysirona.com for more information about Dentsply Sirona and its products. 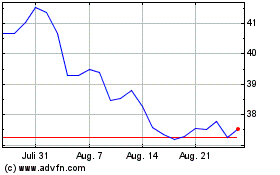 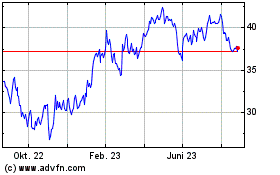 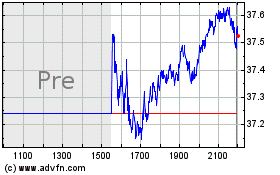