The following communication was made to the public at the UBS Global TMT Conference (Virtual) by the Chief Executive Officer of AT&T, Inc., John Stankey, on December 6, 2021:

… Can you give us an update on the — either the — both the regulatory process and maybe how you think about the sort of deal structure as it relates to the WarnerMedia transaction? There were some news, I think, this morning about some congressmen pushing for DOJ review of the public transaction. Is there anything you can tell us about the process or how it’s unfolded thus far?

Now having been through a number of these at different times in my career, getting letters from members of Congress is not unusual. I think it happens with virtually every transaction, I think, we’ve ever filed, and we’re a big company. We work in big industries. We have large consumer bases.

And I think when you have a lot of members of Congress, there’s always going to be those that have a different lens they want to put on something. And certainly, that maybe happened last week, where a particular segment of the congressional population decided to write a letter back. Not to say that we won’t get the dialogue and have a constructive conversation for people to understand that I think what’s been articulated in those letters is really unfounded.

And I believe the context of our discussion with regulators up to this point have centered around those issues, and we feel very good about the data we’ve put on the table that it’s clearly indicated that there’s nothing unusual about this transaction. And we’ll do the same with other constituents as a result of that.

But I would also tell you that those letters that I’m looking at relative to maybe some that have occurred in past transactions are not very strong in the foundation of their concerns, nor do I have concerns about what they’re articulating in terms of our ability to navigate through that..

Information set forth in this communication, including financial estimates and statements as to the expected timing, completion and effects of the proposed transaction between AT&T, Magallanes, Inc. (“Spinco”), and Discovery, Inc. (“Discovery”) constitute forward-looking statements within the meaning of the safe harbor provisions of the Private Securities Litigation Reform Act of 1995. These estimates and statements are subject to risks and uncertainties, and actual results might differ materially. Such estimates and statements include, but are not limited to, statements about the benefits of the transaction, including future financial and operating results, the combined Spinco and Discovery company’s plans, objectives, expectations and intentions, and other statements that are not historical facts. Such statements are based upon the current beliefs and expectations of the management of AT&T and Discovery and are subject to significant risks and uncertainties outside of our control. Among the risks and uncertainties that could cause actual results to differ from those described in the forward-looking statements are the following: the occurrence of any event, change or other circumstances that could give rise to the termination of the proposed transaction; the risk that Discovery stockholders may not approve the transaction proposals; the risk that the necessary regulatory approvals may not be obtained or may be obtained subject to conditions that are not anticipated; risks that any of the other closing conditions to the proposed transaction may not be satisfied in a timely manner; risks that the anticipated tax treatment of the proposed transaction is not obtained; risks related to potential litigation brought in connection with the proposed transaction; uncertainties as to the timing of the consummation of the proposed transaction; risks and costs related to the implementation of the separation of Spinco, including timing anticipated to complete the separation, any changes to the configuration of the businesses included in the separation if implemented; the risk that the integration of Discovery and Spinco being more difficult, time consuming or costly than expected; risks related to financial community and rating agency perceptions of each of AT&T and Discovery and its business, operations, financial condition and the industry in which it operates; risks related to disruption of management time from ongoing business operations due to the proposed merger; failure to realize the benefits expected from the proposed merger; effects of the announcement, pendency or completion of the proposed merger on the ability of AT&T, Spinco or Discovery to retain customers and retain and hire key personnel and maintain relationships with their suppliers, and on their operating results and businesses generally; and risks related to the potential impact of general economic, political and market factors on the companies or the proposed transaction. The effects of the COVID-19 pandemic may give rise to risks that are currently unknown or amplify the risks associated with the foregoing factors.

These risks, as well as other risks associated with the proposed transaction, are more fully discussed in the proxy statement/prospectus included in the registration statements filed with the SEC in connection with the proposed transaction. Discussions of additional risks and uncertainties are contained in AT&T’s and Discovery’s filings with the Securities and Exchange Commission. Neither AT&T nor Discovery is under any obligation, and each expressly disclaims any obligation, to update, alter, or otherwise revise any forward-looking statements, whether written or oral, that may be made from time to time, whether as a result of new information, future events, or otherwise. Persons reading this announcement are cautioned not to place undue reliance on these forward-looking statements which speak only as of the date hereof.

Additional Information and Where to Find It

This communication may be deemed to be solicitation material in respect of the proposed transaction between AT&T, Spinco, and Discovery. In connection with the proposed transaction, on November 18, 2021 AT&T, Spinco and Discovery filed relevant materials with the Securities and Exchange Commission (“SEC”), including a registration statement on Form S-4 by Discovery containing a preliminary prospectus of Discovery that also constitutes a preliminary proxy statement of Discovery, and a registration statement on Form S-4 and Form S-1 by Spinco containing a preliminary prospectus of Spinco. The information in each preliminary prospectus and the preliminary proxy statement is not complete and may be changed. This communication is not a substitute for the registration statements, proxy statement/prospectus or any other document which AT&T, Spinco or Discovery may file with the SEC. STOCKHOLDERS OF AT&T AND DISCOVERY ARE URGED TO READ ALL RELEVANT DOCUMENTS FILED WITH THE SEC, INCLUDING THE REGISTRATION STATEMENT AND PROXY STATEMENT/PROSPECTUS, BECAUSE THEY CONTAIN IMPORTANT INFORMATION ABOUT THE PROPOSED TRANSACTION. Investors and security holders will be able to obtain copies of the proxy statement/prospectus as well as other filings containing information about AT&T, Spinco and Discovery, without charge, at the SEC’s website, http://www.sec.gov. Copies of documents filed with the SEC by AT&T or Spinco will be made available free of charge on AT&T’s investor relations website at https://investors.att.com. Copies of documents filed with the SEC by Discovery will be made available free of charge on Discovery’s investor relations website at https://ir.corporate.discovery.com/investor-relations.

No Offer or Solicitation

This communication is for informational purposes only and is not intended to and does not constitute an offer to sell, or the solicitation of an offer to subscribe for or buy, or a solicitation of any vote or approval in any jurisdiction, nor shall there be any sale, issuance or transfer of securities in any jurisdiction in which such offer, sale or solicitation would be unlawful, prior to registration or qualification under the securities laws of any such jurisdiction. No offer of securities shall be made except by means of a prospectus meeting the requirements of Section 10 of the Securities Act of 1933, as amended, and otherwise in accordance with applicable law. 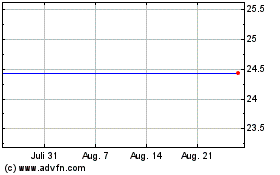 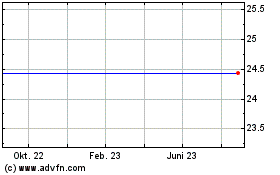 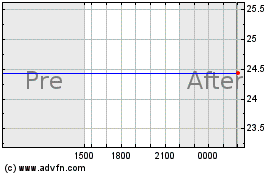