“Completing enrollment in the ORCA-3 trial this quarter and more recently, the ORCA-V1 trial, has moved us closer to potentially bringing a critical treatment option to people who wish to end their nicotine dependence,” stated John Bencich, CEO of Achieve Life Sciences. “We are excited to build upon the previously reported cessation benefit, safety, and tolerability of cytisinicline and look forward to releasing top-line data for both trials in the second quarter of next year.”

Completed Enrollment in Confirmatory Phase 3 ORCA-3 TrialIn September, Achieve announced the completion of targeted enrollment of 750 adult smokers in its confirmatory Phase 3 ORCA-3 clinical trial of cytisinicline being conducted across 20 clinical trial locations in the United States. The participants in ORCA-3 were randomized to one-of-three study arms to determine the efficacy and safety of cytisinicline administered for either 6 or 12 weeks, compared to placebo. Similar to the previously reported ORCA-2 trial, the primary endpoint is biochemically verified continuous abstinence during the last four weeks of treatment in the 6 and 12-week cytisinicline treatment arms compared to placebo. Each treatment arm will be compared independently to the placebo arm and the trial will be determined to be successful if either or both of the cytisinicline treatment arms show a statistical benefit compared to placebo. Topline ORCA-3 data are currently expected to be reported in Q2 of 2023.

Early Completion of Enrollment in Phase 2 ORCA-V1 TrialIn November, Achieve announced the early completion of targeted enrollment of 150 adult users of nicotine e-cigarettes in the Phase 2 ORCA-V1 clinical trial of cytisinicline being conducted across 5 clinical trial locations in the United States. Participants were randomized in this two-arm trial to receive either cytisinicline, dosed at 3 mg three times daily, or placebo, for a period of 12 weeks. All subjects are also receiving standardized behavioral support throughout the trial. The primary outcome assessment of ORCA-V1 will be continuous vaping abstinence during the final 4 weeks of treatment. ORCA-V1 is supported through grant funding from the National Institute on Drug Abuse (NIDA) of the National Institutes of Health (NIH). Topline results are expected to be reported in Q2 of 2023.

Sopharma Expansion of Manufacturing Facility Achieve’s commercial manufacturing partner, Sopharma, financed and completed the build out of a new dedicated cytisinicline API purification suite at its primary manufacturing plant. At an estimated build out cost of more than €3 million, the newly completed API suite significantly expands the capacity to produce quantities of cytisinicline at a global scale. The new API suite complements Sopharma’s capacity to produce nearly 3 billion tablets annually.

Conference Call DetailsAchieve will host a conference call today at 4:30 PM EST, Monday, November 14, 2022. To access the webcast, please use the following link 3Q22 Earnings Webcast. Alternatively, you may access the live conference call by dialing (877) 269-7756 (Domestic) or (201) 689-7817 (International) and referencing conference ID 13733008. A webcast replay will be available approximately three hours after the call and will be archived on the website for 90 days.

About Achieve and Cytisinicline Achieve’s focus is to address the global smoking health and nicotine addiction epidemic through the development and commercialization of cytisinicline. Tobacco use is currently the leading cause of preventable death that is responsible for more than eight million deaths worldwide and nearly half a million deaths in the United States annually.1,2 More than 87% of lung cancer deaths, 61% of all pulmonary disease deaths, and 32% of all deaths from coronary heart disease are attributable to smoking and exposure to secondhand smoke.2

In addition, there are nearly 11 million adults in the United States who use e-cigarettes, also known as vaping.3 While nicotine e-cigarettes are thought to be less harmful than combustible cigarettes, they remain addictive and can deliver harmful chemicals which can cause lung injury or cardiovascular disease.4 In 2021, e-cigarettes were the most commonly used tobacco product reported by 1.72 million high school students.5 Research shows adolescents who have used e-cigarettes are seven times more likely to become smokers one year later compared to those who have never vaped.6 Currently, there are no FDA-approved treatments indicated specifically as an aid to nicotine e-cigarette cessation.

Cytisinicline is a plant-based alkaloid with a high binding affinity to the nicotinic acetylcholine receptor. It is believed to aid in treating nicotine addiction for smoking and e-cigarette cessation by interacting with nicotine receptors in the brain, reducing the severity of withdrawal symptoms, and reducing the reward and satisfaction associated with nicotine products. Cytisinicline is an investigational product candidate being developed for treatment of nicotine addiction and has not been approved by the Food and Drug Administration for any indication in the United States. For more information on cytisinicline and Achieve visit www.achievelifesciences.com.

Forward Looking StatementsThis press release contains forward-looking statements within the meaning of the “safe harbor” provisions of the Private Securities Litigation Reform Act of 1995, including, but not limited to, statements regarding the timing and nature of cytisinicline clinical development, data results and commercialization activities, the potential market size for cytisinicline, the potential benefits, safety and tolerability of cytisinicline, the ability to discover and develop new uses for cytisinicline, including but not limited to as an e-cigarette cessation product, and the development and effectiveness of new treatments. All statements other than statements of historical fact are statements that could be deemed forward-looking statements. Achieve may not actually achieve its plans or product development goals in a timely manner, if at all, or otherwise carry out its intentions or meet its expectations or projections disclosed in these forward-looking statements. These statements are based on management’s current expectations and beliefs and are subject to a number of risks, uncertainties and assumptions that could cause actual results to differ materially from those described in the forward-looking statements, including, among others, the risk that cytisinicline may not demonstrate the hypothesized or expected benefits; the risk that Achieve may not be able to obtain additional financing to fund the development of cytisinicline; the risk that cytisinicline will not receive regulatory approval or be successfully commercialized; the risk that new developments in the smoking cessation landscape require changes in business strategy or clinical development plans; the risk that Achieve’s intellectual property may not be adequately protected; general business and economic conditions; risks related to the impact on our business of the COVID-19 pandemic or similar public health crises and the other factors described in the risk factors set forth in Achieve’s filings with the Securities and Exchange Commission from time to time, including Achieve’s Annual Reports on Form 10-K and Quarterly Reports on Form 10-Q. Achieve undertakes no obligation to update the forward-looking statements contained herein or to reflect events or circumstances occurring after the date hereof, other than as may be required by applicable. 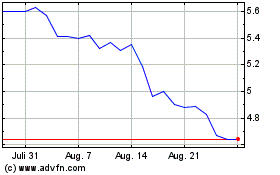 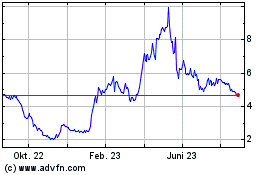 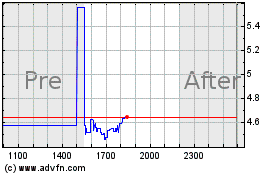