The U.S. dollar appreciated against its most major counterparts in the European session on Monday, as hot U.S. inflation data drove the treasury yields higher and raised expectations that the Federal Reserve will continue to tighten policy aggressively in the coming months.

Data from Labor Department showed on Friday that the U.S. consumer price index rose to a four-decade high of 8.6 percent in May, beating economists' expectations of 8.3 percent.

The data fuelled a selloff in stock markets as investors fear that aggressive monetary tightening could cause a recession.

The Fed meeting is also in focus, as investors expect a rate hike of 50 basis points amid soaring inflation.

The greenback reached as high as 0.9945 against the franc, its highest level since May 18. The greenback is likely to target resistance around the 1.02 region.

The greenback was up against the loonie, at nearly a 3-week high of 1.2868. If the greenback rises further, it may find resistance around the 1.30 level.

In contrast, the greenback pulled back to 133.83 against the yen, from more than a 20-year high of 135.20 seen in the Asian session. The greenback is seen finding support around the 128.00 mark. 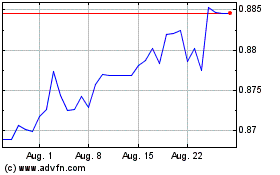 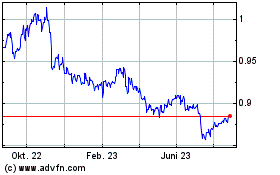 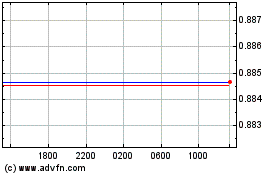