The Japanese yen firmed against its major counterparts in the Asian session on Wednesday amid safe-haven status, as tech shares slipped following a jump in treasury yields as investors worried about an aggressive tightening of monetary policy to combat inflation.

The benchmark yield on the 10-year treasury note touched a 2-year high of 1.88 percent.

Investors are preparing for four Fed rate hikes this year, starting from March.

There is growing speculation that the Fed will deliver more than a 25 basis-point rate hike in March.

Looking ahead, Eurozone current account and construction output for November are due in the European session.

Canada CPI for December and wholesale sales for November and U.S. building permits and housing starts for December are set for release in the New York session.

Bank of England Governor Andrew Bailey will testify along with Deputy Governor Jon Cunliffe on the Financial Stability Report before the Treasury Select Committee in London at 9:15 am ET. 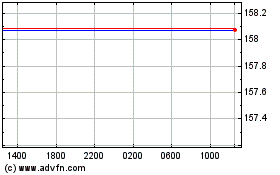