NOT FOR RELEASE, DISTRIBUTION OR PUBLICATION, IN WHOLE OR PART, IN OR INTO THE UNITED STATES

AXA IM has published the Volta Finance Limited (the “Company” or “Volta Finance” or “Volta”) monthly report for March. The full report is attached to this release and will be available on Volta’s website shortly (www.voltafinance.com).

Volta has continued to perform well with +1.1% in March, reaching 6.1% in Q1 2021. This time around, the performance was driven almost evenly by the solid performance from CLO equity tranches against a backdrop of uneven performance across broad credit markets, and by the US dollar appreciation. Even if it was less prevalent this month there remains uncertainty regarding the appropriate level for mid to long-term sovereign yields and it is weighing on most asset class performances. As Volta is predominantly invested in floating rate instruments, the negative impact of rising long-term rates was largely avoided.

The monthly asset class performances** were: +0.6% for Bank Balance Sheet transactions, +1.6% for CLO equity tranches; -0.9% for CLO debt; +3.2% for Cash Corporate Credit deals (this bucket comprises funds that have a one-month delay in publishing their NAV); and -1.3% for ABS.

In terms of fundamentals, in March, trailing-12-month default rates declined again in loan markets (for the 5th consecutive month). As at the end of March, default rates were 3.2% and 2.0% respectively for US and European loans. We continue to expect defaults to continue materializing in loan markets through 2021 and 2022 but at a pace (probably between 2 and 4%) that is manageable for CLOs and should not trigger any cash flow diversions from the CLO equity positions held by the company.

In terms of cash flows, March is structurally a weak month for Volta. Interest and coupons received totaled the equivalent of €0.8m. On a 6-month rolling basis, Volta received the equivalent of €21.1m at the end of March (an increase of €0.5m since the end of February), representing a 16.3% annualised cash flow yield, based on the end March NAV. We still expect overall cash flows to continue to increase in the coming months/quarters.

In March Volta did not purchase new assets, although the equivalent of €0.3m was called by the US warehouse we invested in recently.

One significant source of out-performance for 2021 should be our ability to refinance (where only the most senior debt tranches are called to be re-issued at lower spread) or reset (where all the debt tranches are called and re-issued and the time-to-maturity of the deal is extended) some of Volta CLO positions. We estimate that these operations may lead to extra capital payments that may represent 1.5 to 2% of Volta’s NAV per annum and the projected return of Volta’s overall portfolio may increase accordingly by 1 to 1.5% per annum. As at the end of March, two positions have already been refinanced and we are working on the Reset of 2 other positions.

This combination of advantageous factors for our CLO Equity positions, which account now for a total of 65% of the NAV means that the outlook for 2021 and beyond remains favourable for Volta.  We are still optimistic that the NAV could reach €7.50 per share in the medium term. This, combined with an estimated dividend close to 8% of NAV represents an attractive return stream, especially when considering the discount to NAV at which the shares are still trading.

The month-end cash position was €7.9m.

*It should be noted that approximately 8.4% of Volta’s GAV comprises investments for which the relevant NAVs as at the month-end date are normally available only after Volta’s NAV has already been published. Volta’s policy is to publish its NAV on as timely a basis as possible to provide shareholders with Volta’s appropriately up-to-date NAV information. Consequently, such investments are valued using the most recently available NAV for each fund or quoted price for such subordinated notes. The most recently available fund NAV or quoted price was for 2.1% as at 28 February 2021, 5.2% as at 31 January 2021, 0.1% as at 31 December 2020, and 1.0% as at 30 September 2020.

** “performances” of asset classes are calculated as the Dietz-performance of the assets in each bucket, taking into account the Mark-to-Market of the assets at period ends, payments received from the assets over the period, and ignoring changes in cross-currency rates. Nevertheless, some residual currency effects could impact the aggregate value of the portfolio when aggregating each bucket.

Volta Finance Limited is incorporated in Guernsey under The Companies (Guernsey) Law, 2008 (as amended) and listed on Euronext Amsterdam and the London Stock Exchange's Main Market for listed securities. Volta’s home member state for the purposes of the EU Transparency Directive is the Netherlands. As such, Volta is subject to regulation and supervision by the AFM, being the regulator for financial markets in the Netherlands.

Volta’s investment objectives are to preserve capital across the credit cycle and to provide a stable stream of income to its shareholders through dividends. Volta seeks to attain its investment objectives predominantly through diversified investments in structured finance assets. The assets that the Company may invest in either directly or indirectly include, but are not limited to: corporate credits; sovereign and quasi-sovereign debt; residential mortgage loans; and, automobile loans. The Company’s approach to investment is through vehicles and arrangements that essentially provide leveraged exposure to portfolios of such underlying assets. The Company has appointed AXA Investment Managers Paris an investment management company with a division specialised in structured credit, for the investment management of all its assets.

ABOUT AXA INVESTMENT MANAGERSAXA Investment Managers (AXA IM) is a multi-expert asset management company within the AXA Group, a global leader in financial protection and wealth management. AXA IM is one of the largest European-based asset managers with 679 investment professionals and €858 billion in assets under management as of the end of December 2020.

This press release is published by AXA Investment Managers Paris (“AXA IM”), in its capacity as alternative investment fund manager (within the meaning of Directive 2011/61/EU, the “AIFM Directive”) of Volta Finance Limited (the "Volta Finance") whose portfolio is managed by AXA IM.

This communication is only being distributed to and is only directed at (i) persons who are outside the United Kingdom or (ii) investment professionals falling within Article 19(5) of the Financial Services and Markets Act 2000 (Financial Promotion) Order 2005 (the “Order”) or (iii) high net worth companies, and other persons to whom it may lawfully be communicated, falling within Article 49(2)(a) to (d) of the Order (all such persons together being referred to as “relevant persons”). The securities referred to herein are only available to, and any invitation, offer or agreement to subscribe, purchase or otherwise acquire such securities will be engaged in only with, relevant persons. Any person who is not a relevant person should not act or rely on this document or any of its contents. Past performance cannot be relied on as a guide to future performance.

Any target information is based on certain assumptions as to future events which may not prove to be realised. Due to the uncertainty surrounding these future events, the targets are not intended to be and should not be regarded as profits or earnings or any other type of forecasts. There can be no assurance that any of these targets will be achieved. In addition, no assurance can be given that the investment objective will be achieved.

The figures provided that relate to past months or years and past performance cannot be relied on as a guide to future performance or construed as a reliable indicator as to future performance. Throughout this review, the citation of specific trades or strategies is intended to illustrate some of the investment methodologies and philosophies of Volta Finance, as implemented by AXA IM. The historical success or AXA IM’s belief in the future success, of any of these trades or strategies is not indicative of, and has no bearing on, future results.

The valuation of financial assets can vary significantly from the prices that the AXA IM could obtain if it sought to liquidate the positions on behalf of the Volta Finance due to market conditions and general economic environment. Such valuations do not constitute a fairness or similar opinion and should not be regarded as such.

Editor: AXA INVESTMENT MANAGERS PARIS, a company incorporated under the laws of France, having its registered office located at Tour Majunga, 6, Place de la Pyramide - 92800 Puteaux. AXA IMP is authorized by the Autorité des Marchés Financiers under registration number GP92008 as an alternative investment fund manager within the meaning of the AIFM Directive. 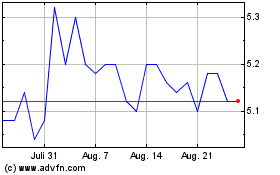 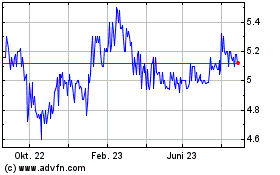 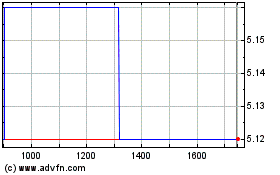