La Hulpe – 21 October 2022, 7:00 a.m. CET – [INSIDE INFORMATION] Unifiedpost Group (Euronext: UPG) (Unifiedpost, or the Company) completed the acquisition of the German e-invoicing market leader Crossinx on April 9, 2021. In agreement with the former Crossinx shareholders, Unifiedpost now settles the earn-out obligations in exchange for a one-time payment of € 4.829.792,94 through the issuance in aggregate of 1.277.723 new shares of Unifiedpost.

In April 2021, Unifiedpost acquired with Crossinx a real-time data-driven e-invoice solution. By acquiring this technology, the Unifiedpost solutions will now be able to support data-driven communication in its order-to-cash and procure-to-pay solution with substantive data validation. These digital solutions are now ready for the market transition to data e-invoices validated in real-time. This brings the Company ahead of the market curve, certainly with upcoming mandatory e-invoicing regulation in the EU.

In addition to the technology Unifiedpost achieved with the acquisition a direct access to the large DACH market (Germany, Austria, Switzerland) and can benefit from the expected growth opportunities. On top of that, the Company can now serve corporate clients internationally with a full offering.

Through an addendum dated 20 October 2022 to the share purchase agreement, the parties have decided to replace any potential obligations by the Company to the former Crossinx shareholders in respect of any earn-amount by a one-time fixed payment of € 4.829.792,94  in aggregate. As the one-time payment is fully settled in shares of Unifiedpost, there is no cash payment by the Company. At an issuance price of € 3,78 per share, this corresponds to 1.277.723 new shares which have been issued by the Company on 20 October 2022.

The former Crossinx shareholders include Mr. Michael Kleindl and Mr. Marcus Laube as related parties. Mr. Kleindl is through his company First Performance AG currently a member of the Board of Directors of the Company and Mr. Marcus Laube is the Chief Sales Officer and member of the Management Committee of the Company.  The announcement required by the related party rules is set out in the appendix.

Public announcement pursuant to article 7:97, §4/1 of the Companies and Associations Code relating to the buy-out of the potential earn-out claims of former Crossinx shareholders

1.                The Board of Directors of the Company held on 20 October 2022 decided to approve the addendum to the sale and purchase agreement of 9 April 2021 between the former Crossinx shareholders and the Company.

Two of the former Crossinx shareholders include (i) Mr. Michael Kleindl (through his company KOMM Investment AG) and (ii) Mr. Marcus Laube. Following the completion of the acquisition of Crossinx, they have joined the Company. Mr. Michael Kleindl (through his company First Performance AG) is currently a member of the Board of Directors of the Company and Mr. Marcus Laube is the Chief Sales Officer and member of the Management Committee of the Company.

Given their functions, First Performance AG (with permanent representative Mr. Kleindl) and Mr. Laube qualify as related parties within the meaning of IFRS and article 7:97 CAC.

In this context, the Board of Directors applied Article 7:97 of the Companies and Associations Code (“CAC”) relating to decisions and transactions concerning a party related to the Company. This provision implies, among other things, the intervention of a committee of independent directors to give an opinion to the Board of Directors. The conclusion of this opinion is set out at the end of this communication.

In addition, this provision provides that when the decision or transaction involves a director, such person cannot not take part in the deliberations or vote of the Board of Directors. Mr. Michael Kleindl (through his company First Performance AG) decided not to be present at the Board of Directors which decided on the transaction and did thus not participate in the deliberations or votes.

The Company has also applied Article 7:96 CAC, relating to decisions in which a director has a direct or indirect interest of a proprietary nature that is opposed to the interest of the Company. This provision also provides that this director does not participate in the deliberation or votes. The director concerned is the one indicated in the previous paragraph.

2.                The addendum to the transaction documentation was signed on 20 October 2022. It provides that the former Crossinx shareholders shall receive in aggregate 1.277.723 shares of the Company, replacing the previously agreed potential earn-out amounts, if certain revenue targets were reached in the financial years 2021, 2022 and 2023.

Six of the thirty one Sellers (the “ESOP Sellers”), including Mr Laube, were party to an employee stock option program in Crossinx before the original Crossinx transaction. Shortly before the signing of the original Crossinx transaction, the ESOP Sellers converted their claims under the ESOP into actual Crossinx shares. Despite this conversion, Crossinx remains responsible as tax indemnitor for any wage taxes of the ESOP Sellers. As this is a continuing obligation, it is therefore agreed under the addendum that the value of such taxes (“ESOP Charges”) are held back.

As a result, the number of new shares issued by the Company on 20 October 2022 amounts to 1.277.723 in aggregate (the “Effective Buy-Off Shares”), among which Mr Kleindl has received 20,98% shares and Mr Laube received 18,54% shares. These shares have been allocated proportionally based on the former share percentage in Crossinx but taking into account the hold-back for the ESOP Sellers.

The issuance amount per share is equal to the lowest trading price of the shares of the Company on the day that the new shares have been issued by the Company to the former Crossinx shareholders, i.e. € 3,78. The capital increase of the Company amounts to € 4.829.792,94.

As the value of the shares is based on an open public market price where mechanism of supply and demand plays, the price should be seen as the current fair price of the share as all trading parties are fully informed with same financial data.

The lock-up period will depend on the percentage which the former Crossinx shareholder held in Crossinx prior to the original transaction. Both the company of Mr. Kleindl and Mr. Laube will be subject to the extended lock-up of 12 month with staggering release.

The change and integration project is aimed to have a substantial operational and financial impact on the Company. Further, the addendum will eliminate any potential future risk for the Company to pay earn-out. The addendum does not include any cash payment by the Company.

“Based on the above argumentation, the Committee is of the opinion that the completion of the Crossinx Addendum Transaction resulting in an early termination of the Orginal Crossinx Agreement is in the best interest of the Company.

The early termination of the Original Crossinx Agreement is a necessary condition precedent if the Company wants to start to implement with immediate effect a change and integration project which is aimed and expected to have a substantial operational and financial impact on the Company that largely outweighs the disadvantage of the cost and dilutive effect of the new shares to be issued as provided for in the Crossinx Addendum Transaction.

In view of this, the Committee unanimously advises the Board of Directors of the Company to approve the Crossinx Addendum Transaction.”

Finally, the assessment made by the auditor in accordance with Article 7:97 CAC reads as follows: Based on our assessment, nothing has come to our attention that causes us to believe that the financial and accounting data included in the opinion of the committee of independent directors dated 19 October 2022 and in the minutes of the meetings of the board of directors dated 20 October 2022, justifying the proposed transaction, are not fair and sufficient in all material respects in light of the information available to us in connection with our engagement.

Unifiedpost is a leading cloud-based platform for SME business services built on “Documents”, “Identity” and “Payments”. Unifiedpost operates and develops a 100% cloud-based platform for administrative and financial services that allows real-time and seamless connections between Unifiedpost’s customers, their suppliers, their customers, and other parties along the financial value chain. With its one-stop-shop solutions, Unifiedpost’s mission is to make administrative and financial processes simple and smart for its customers. Since its founding in 2001, Unifiedpost has grown significantly, expanding to offices in 32 countries, with more than 500 million documents processed in 2021, reaching over 1,600,000 SMEs and more than 2,500 Corporates across its platform today. 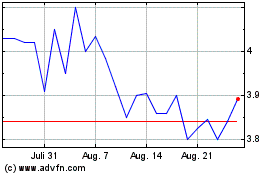 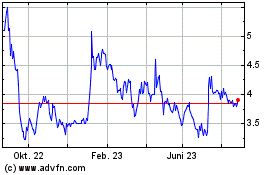 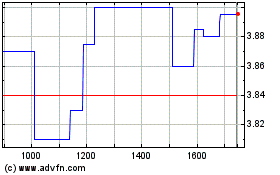