Bernin (Grenoble), France, October 26th, 2022 – Soitec (Euronext Paris), a world leader in designing and manufacturing innovative semiconductor materials, today announced consolidated revenue of 268 million Euros for the second quarter of FY’23 (ended September 30th, 2022), up 39% on a reported basis compared with 193 million Euros achieved in the second quarter of FY’22. This reflects the combination of a 28% growth at constant exchange rates and perimeter and a positive currency impact of 11%1.

Pierre Barnabé, Soitec’s CEO, commented: “After several months in Soitec, I am thrilled and proud to announce this quarterly revenue. The Q2’23 performance reflects the strong dynamics in each of our three markets and a robust industrial execution. Mobile communications growth continued to be driven by radiofrequency applications that are supported by the growing 5G deployment. For the second consecutive quarter, we recorded a strong surge in FD-SOI wafer sales across our three end markets, confirming the solid momentum on its adoption. With this H1’23 performance, we do confirm our outlook for the full year.”

As indicated during the presentation of its full-year results in June 2022, Soitec is, from now on, reporting its revenue by end market instead of breaking it down by wafer size. This decision was made in order to better reflect the way Soitec is conducting and monitoring its business2.

Growth in Mobile communications continues to be supported by the adoption of 5G smartphones and WiFi6, as well as the deployment of 5G infrastructure.

RF-SOI wafer sales continue to be boosted by the increase in RF content in every 5G smartphone and higher penetration of high-end phones. In the second quarter of FY’23, Soitec enjoyed further growth in RF-SOI 200-mm and sharp growth in RF-SOI 300-mm, enabled by the ongoing ramp-up in production at its Singapore facility.

FD-SOI wafer sales continue to demonstrate the value for 5G front end modules both on mmWaves and Sub 6 GHz.

Regarding POI (Piezoelectric-on-Insulator) wafers dedicated to RF filters for 5G smartphones, while several customers are confirming the value of POI products, they are going through the adoption phase, a process that will continue in the coming quarters.

Demand from the automotive industry is increasingly supported by the growing needs for multimedia content (infotainment), by the trends towards more autonomous driving and functional safety, as well as by the shift to greener vehicles powered by electric and hybrid engines.

The demand from the smart devices market is driven by the need for more complex sensors, higher connectivity functionalities and embedded intelligence, leading to more powerful and efficient edge artificial intelligence chips.

Sales of both Imager-SOI wafers, which allow improved imager performance in 3D Imaging Applications, and Photonics-SOI wafers for data transceivers, recorded strong growth compared to the second quarter of FY’22.

The increase in sales of FD-SOI wafers was also very strong, confirming structural demand for Internet of Things (IoT) and Edge Computing devices across consumer and industrial sectors.

In the first quarter of FY’23, production at Bernin site was affected during a few days in April by a power outage, then by a strike action during another few days in June. As expected, Soitec has been able to progressively make up for the lost production (around 10 days). Combined with higher demand, growth was therefore much stronger in the second quarter of FY’23, reaching 28% at constant exchange rates and perimeter.

Soitec continues to anticipate FY’23 revenue to grow around 20% at constant exchange rates and perimeter, and FY’23 EBITDA1 margin2 to reach around 36%.

Key events of the quarter

On July 11th, 2022, STMicroelectronics and GlobalFoundries announced the creation of a new, jointly-operated 300-mm semiconductor manufacturing facility adjacent to ST’s existing site in Crolles, France. This new facility will support several technologies, in particular FD-SOI-based technologies, and will cover multiple variants. This includes GF’s market leading FDX technology and ST’s comprehensive technology roadmap down to 18nm, which are expected to remain in high demand for Automotive, IoT, and Mobile applications for the next few decades. The facility is targeted to ramp at full capacity by 2026, with up to 620,000 wafers per year production at full build-out.

On July 26th, 2022, Soitec held its Annual Shareholders’ Meeting, during which Pierre Barnabé was appointed director of the Company. As planned, he succeeded Paul Boudre as Chief Executive Officer on the same day. Pierre Barnabé joined Soitec on May 1st, 2022, and he has been working closely with Paul Boudre and the Executive Committee during this period to ensure an effective transition.

Analysts conference call to be held in English on Thursday 27th October at 8:00 am CET.

To listen this conference call, the audiocast is available live and in replay at the following address: https://channel.royalcast.com/soitec/#!/soitec/20221027_1

First-half FY’23 results are due to be published on November 23rd, 2022, after market close.

The Company’s business operations and financial position are described in the Company’s 2021-2022 Universal Registration Document (which notably includes the 2021-2022 Annual Financial Report) which was filed on June 20, 2022 with the French stock market authority (Autorité des Marchés Financiers, or AMF) under number D.22-0523. The French version of the 2021-2022 Universal Registration Document, together with English courtesy translations for information purposes, are available for consultation on the Company’s website (www.soitec.com), in the section Company - Investors - Financial Reports.

Your attention is drawn to the risk factors described in Chapter 2.1 of the Company’s 2021-2022 Universal Registration Document.

This document contains summary information and should be read in conjunction with the 2021-2022 Universal Registration Document.

Soitec (Euronext, Tech 40 Paris) is a world leader in designing and manufacturing innovative semiconductor materials. The company uses its unique technologies to serve the electronics markets. With more than 3,700 patents worldwide, Soitec’s strategy is based on disruptive innovation to meet its customers’ needs for high performance, energy efficiency and cost competitiveness. Soitec has manufacturing facilities, R&D centers and offices in Europe, the United States and Asia. Fully committed to sustainable development, Soitec adopted in 2021 its corporate purpose to reflect its engagements: “We are the innovative soil from which smart and energy efficient electronics grow into amazing and sustainable life experiences.”

Soitec, SmartSiC™ and SmartCut™ are registered trademarks of Soitec.

Soitec is a French joint-stock corporation with a Board of Directors (Société Anonyme à Conseil d’administration) with a share capital of €71,081,214 having its registered office located at Parc Technologique des Fontaines - Chemin des Franques - 38190 Bernin (France), and registered with the Grenoble Trade and Companies Register under number 384 711 909.

1 At constant exchange rates and comparable scope of consolidation:

1 The scope effect related to the acquisition of NOVASiC, the closing of which took place on December 29, 2021, had no material impact on Soitec’s revenue.

2 Soitec keeps unchanged its two operating segments according to IFRS 8, i.e. production and marketing of substrates and components for the semiconductor industry (Electronics) on the one hand, and other discontinued operations of the Group (Other Businesses) on the other hand. 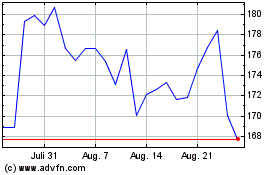 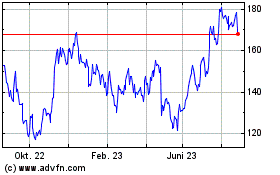 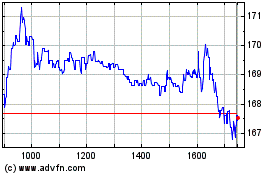