The study did not meet its primary efficacy endpoint for the main cohort (12 subjects enrolled at ≥ 30 months of age) in demonstrating a statistically significant improvement in the cognitive DQ at 24 months post-dosing as assessed by the BSID-III, compared to the NH cohort. For this cohort, key secondary efficacy endpoints were not met, including percent of subjects with stabilized or improved cognitive DA, language DA and motor DA at 24 months relative to baseline, and evolution of VABS-II scores as compared to NH data.

The safety and tolerability of LYS-SAF302 was consistent with what has been communicated previously. White matter abnormalities were observed on the MRIs near injection sites in all treated subjects. The lesions have stabilized or diminished in size in most patients and no clinically significant symptoms have been observed that can be directly attributed to white matter abnormalities. Other adverse effects observed were consistent with the natural history of disease.

The Company will complete full analysis and evaluation of the data from the main cohort of AAVance and work with investigators on the future presentation and publication of the results.

There is a critical unmet medical need for treatment of MPS IIIA given the rapid progression of the disease, leading to cognitive, behavioral and motor disability and premature death, and the absence of approved treatments that impact the course of the disease. The current results of the AAVance study delineate the patient population that would benefit from treatment with LYS-SAF302. The company has initiated fruitful discussions with regulatory authorities in the European Union in late Q3 2022 and plans to extend these discussions to all involved regulators to define a clear regulatory path forward with the objective of rapidly advancing clinical development of LYS-SAF302 in the younger MPS IIIA patient population.

In order to continue the development of LYS-SAF302 in accordance with the requirements of regulatory agencies, the Company intends to secure an adequate cash flow runway. In this regard, strategic discussions are progressing with a priority for a non-dilutive solution in the form of a licensing collaboration for one or more of its programs. In the meantime, the Company maintains its cost control initiatives initiated at the beginning of the year which now provide a cash horizon of February 2023.

Karen Aiach, Founder, Chairman and Chief Executive Officer of Lysogene, said: “While we are disappointed with the results in the main cohort of the patients enrolled at 30 months or older, these can likely be explained by the rapid progression of the disease and the recent learning from other clinical studies that gene therapy treatment of neurodegenerative diseases should be initiated at the earliest possible age in order to provide a therapeutic benefit before the onset of irreversible neuronal damage. The positive signs of efficacy observed in very young children enrolled before the age of 30 months indicate that early dosing of LYS-SAF302 gene therapy in children with MPS IIIA might have a real beneficial effect on these patients and transform their lives. The trial results clearly delineate the patient population that would benefit from treatment with LYS-SAF302. We are very much encouraged by these results and are eager to continue our discussions with the regulatory agencies to take LYS-SAF302 to the next level in younger patients.”

“MPS IIIA is a progressive, devastating neurodegenerative pediatric disorder without any disease-modifying treatment. The most recent clinical data from AAVance, a Phase II/III study of LYS-SAF302 gene therapy in children with MPS IIIA, demonstrate that those treated with LYS-SAF302 at less than 30 months of age manifested sustained increases or stability in their cognitive, motor and language development. This represents a significant improvement in developmental abilities compared to the natural history of untreated MPS IIIA children”, said Dr. Raymond Wang, Director of the Foundation of Caring Multidisciplinary Lysosomal Disorder Program at CHOC Children’s Specialists, Orange, CA. "These exciting results, which bolster our confidence in the potential for LYS-SAF302 to become a therapeutic option for children with MPS IIIA younger than 30 months of age, represent a major advance for a disease with such a high unmet medical need.”

“Even though AAVance did not meet its primary endpoint, the results in the subset of patients with MPS IIIA enrolled before the age of 30 months are extremely encouraging, as they show beneficial effects of treatment on cognitive development and key secondary outcome measures in this devastating childhood disease with no approved disease-modifying therapies”, said Dr. Chester B. Whitley, Professor at the Department of Pediatrics and Experimental and Clinical Pharmacology, University of Minnesota, and Principal Investigator, Lysosomal Disease Network, Minneapolis, MN, USA. “I look forward to continuing to work with Lysogene to analyze the Phase 2/3 data and determine the most appropriate path to bringing gene therapy with LYS-SAF302 to those patients who have the highest potential to benefit from it.”

Webcast A webcast will be hosted on Wednesday, November 23, 2022 at 1:30 pm CET. Participants can register for the webcast via the following link https://channel.royalcast.com/landingpage/lysogene/20221123_1/. Information about the webcast is also available at www.lysogene.com/events.

About LYS-SAF302 (olenasufligene relduparvovec) LYS-SAF302 is a novel gene therapy in Phase 2/3 development for the treatment of Mucopolysaccharidosis type IIIA (MPS IIIA), or Sanfilippo syndrome type A. LYS-SAF302 delivers a functional copy of the human SGSH gene directly to brain cells using the adeno-associated virus carrier, AAVrh.10, which has a particular tropism for cells of the CNS. The treatment is administered through a one-time procedure comprising infusion at six intracerebral sites. By providing the functional version of SGSH gene, the treatment may provide a permanent source of functional enzyme in the brain. This in turn may help stabilize, or even reverse, the damage to patients’ brain cells. The LYS-SAF302 program has received Fast Track, Rare Pediatric Disease, and Orphan Drug designations in the U.S., and Orphan medicinal product designation in the EU.

About AAVance (NCT03612869) The AAVance Phase 2/3 clinical study is an open-label, single-arm, multicenter study of LYS-SAF302 for the treatment of MPS IIIA. The company treated 19 patients in the study and all patients are followed per study protocol, worldwide. In the U.S., the FDA placed the AAVance study on clinical hold in June 2020 following observations in some patients of localized findings on MRI images at the intracerebral injection sites.

About MPS IIIA MPS IIIA is a rare inherited autosomal recessive neurodegenerative lysosomal storage disorder affecting approximately 1 in 100,000 newborns. It is characterized by intractable behavioral problems and developmental regression resulting in early death. It is caused by mutations in the SGSH gene, which encodes heparan-N-sulfamidase, an enzyme involved in lysosomal heparan sulfate (HS) metabolism. The disrupted degradation and resulting accumulation of HS and secondary storage products leads to severe neurodegeneration. There are currently no disease-modifying treatment options for patients with MPS IIIA.

About Lysogene Lysogene is a gene therapy Company focused on the treatment of orphan diseases of the central nervous system (CNS). The Company has built a unique capability to enable delivery of gene therapies to the CNS to treat lysosomal diseases and other disorders of the CNS. A phase 2/3 clinical trial in MPS IIIA is ongoing. An adaptive clinical trial in GM1 gangliosidosis is also ongoing. Lysogene is also developing an innovative AAV gene therapy approach for the treatment of Fragile X syndrome, a genetic disease related to autism. The Company also entered into an exclusive worldwide license agreement with Yeda, the commercial arm of the Weizmann Institute of Science, for a novel gene therapy candidate for Parkinson disease with GBA1 mutations. www.lysogene.com. 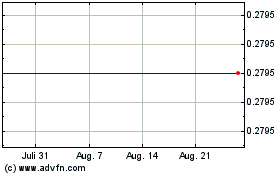 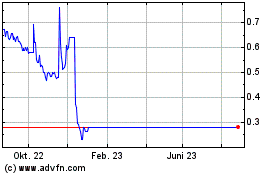 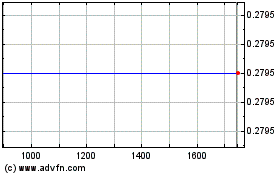