Pier Vincenzo Piazza, CEO of Aelis Farma, said: "We are very happy with the progress made during the first months of our listing on Euronext. Raising €25.3 million during our IPO in February allowed us to considerably strengthen our financial structure and be able to deploy our strategy with a high visibility. In accordance with the roadmap presented to the financial community, we have reached an important milestone with the recruitment of the first patient in the phase 2b study with Aelis Farma most advanced compound: AEF0117 for the treatment of cannabis addiction. The second part of the year promises to be just as dynamic, in particular with the expected passage of our second drug candidate, AEF0217, into phase 1/2 in individuals with Down Syndrome (Trisomy 21). Built around the discovery of a new class of drugs, the CB1-SSi, we believe Aelis Farma to be one of the most innovative companies in the field of brain diseases. Thanks to the progress of our various clinical programs, we are convinced that we can become one of the leading players in this space that has significant unmet medical needs.”

In the first half of 2022, Aelis Farma recorded income from ordinary activities of €4.3 million, of which:

The change in research and development costs (+124.7%) reflects the ramp-up of the development program for drug candidates AEF0117 and AEF0217, and the strengthening of research team. The decrease in intellectual property costs is explained by the payment, in 2021, of royalties (€1.2 million) to patent owners following the signing of the sublicense option agreement with Indivior PLC.

As of June 30, 2022, the financial result shows a loss of € (5.710) million against a profit of €497 thousand as of June 30, 2021. This change mainly reflects the impact of the conversion of convertible bonds on the date of the Aelis Farma’s initial public offer (IPO). This non-cash financial expense corresponds to the difference between the fair value of the securities issued, based on the stock market price on the date of listing, and the nominal value of the initial debt.

Change in cash and cash equivalents

The financial structure of Aelis Farma was strengthened during the first half of 2022 by:

Aelis Farma believes that its current cash level makes it possible, according to its forecast, to finance its development in accordance with the strategy presented during the IPO at least up to the end of 2024.

Highlights of the first half of 2022

At the beginning of June, Aelis Farma announced the recruitment of the first patient in the phase 2b study with AEF0117, its most advanced “CB1-SSi” drug candidate, for the treatment of cannabis addiction. The study, coordinated by Prof. Frances Levin of Columbia University, should include approximately 330 patients in 9 participating clinical centers in the United States. The AEF017 program benefits from overall funding from the North American National Institute on Drug Abuse of the National institute of Health (NIDA-NIH) of $7.8 million, including $4.5 million allocated at the end of 2021 for this new phase of development.

Participation in the T21RS international conference

Aelis Farma participated in the 4th international conference organized by the Trisomy 21 Research Society (T21RS), which was held in Long Beach, California from June 9 to 12, 2022.

Pier Vincenzo Piazza, Co-founder and CEO of Aelis Farma, presented the drug candidate AEF0217 during a session entitled “AEF0217: a new approach for the treatment of cognitive impairment in Down syndrome”.

The Trisomy 21 Research Society (T21RS) is the leading international scientific society dedicated to translational and clinical research on Down syndrome (Trisomy 21). One of its main activities is to support the dissemination and discussion of the latest advances in clinical and preclinical research in this area through a series of biennial meetings. T21RS also connects researchers and patient & families associations which have very active interactions with the society.

Over the coming months, thanks to the strength of its financial position, Aelis Farma intends to pursue the development of its various assets, in accordance with the strategy presented at the time of its IPO:

Developing AEF0117 to address the adverse effects of excessive cannabis use

The phase 2b clinical trial with AEF0117 is continuing with a good level of recruitment and the results of the study are expected in 2024. If this study proves to be positive, Aelis Farma and its partner Indivior PLC intend to start phase 3 studies in late 2024 or early 2025, in order to quickly obtain approval for AEF0117 in the United States and Europe.

Develop AEF0217 to treat various cognitive deficits, including those of Down syndrome (Trisomy 21)

AEF0217 has completed the recruitment of its phase 1 program in healthy volunteers. The audited results of these studies are expected in the coming weeks. The launch of a phase 1/2 clinical study in subjects with Down syndrome is planned for the 4th quarter of 2022. This study will investigate the safety and pharmacokinetics of AEF0217 in Down syndrome individuals and could provide the first indications about the activity in the first half of 2023. The development of AEF0217 as a treatment of the cognitive deficits associated with Trisomy 21 has received a €6 million grant from the European community (Project ICOD N° 899986).

Aelis Farma also works on the extension of the development of AEF0217 for the treatment of other cognitive deficits such as the ones associated to Fragile X syndrome or aging, for which AEF0217 has been shown to be effective in preclinical models.

Given the involvement of the CB1 receptor in numerous pathologies, Aelis Farma is pursuing the characterization of its diversified and exclusive library of CB1-SSi in order to identify new candidate drugs to address other brain diseases dependent on the CB1 receptor.

Founded in 2013, Aelis Farma is a biopharmaceutical company that is developing a new class of drugs, the Signaling Specific inhibitors of the CB1 receptor of the endocannabinoid system (CB1-SSi). These new molecular entities hold great potential in the treatment of many brain diseases. CB1-SSi were developed by Aelis Farma on the basis of the discovery of a new natural defense mechanism of the brain made by the team of Dr. Pier Vincenzo Piazza, CEO of the Company, when he was Director of the Inserm Magendie Neurocenter in Bordeaux. For these discoveries, Dr. Piazza was awarded the Inserm Grand Prix and the Grand Prix of Neurology of the French Academy of Sciences, which are among the most prestigious French prizes in medicine and neurology.

Aelis Farma is developing two first-in-class drug candidates that are at the clinical stage, AEF0117 and AEF0217, and has a portfolio of innovative CB1-SSi for the treatment of other diseases associated with a dysregulation of the activity of the CB1 receptor.

AEF0117, which targets the disorders due to excessive cannabis use (addiction and psychosis), has shown indications of efficacy in a phase 2a clinical trial and has entered a phase 2b clinical trial in the United States in Q2 2022. Aelis Farma has an exclusive option-license agreement with Indivior PLC, a leading pharmaceutical company in the treatment of addiction, for the development and commercialization of AEF0117 for disorders due to excessive cannabis use. As part of this agreement, Aelis Farma received $30 million (option payment). If Indivior exercises the license option at the end of the phase 2b, Aelis Farma will receive a $100 million license fee (potentially in 2024) and up to $340 million in additional payments contingent on the achievement of development, regulatory and commercial milestones as well as, royalties on net sales of AEF0117 ranging between 12% and 20%.

AEF0217, which targets various cognitive disorders including those associated with Down syndrome, has finished recruitments of its phase 1 program in healthy volunteers and will start in Q4 2022 a phase 1/2 study in Down syndrome subjects. This compound has undergone an extensive preclinical proof-of-concept program using highly innovative assessing cognitive functions. In this context, AEF0217 has demonstrated its ability to completely reverse cognitive deficits observed in several animal models of neurodevelopmental disorders, such as Down syndrome and Fragile X syndrome, as well as in models of certain cognitive deficits associated with aging.

Based in Bordeaux, within the Magendie Neurocenter, Aelis Farma has a team of 23 highly qualified employees and has benefited from investments from the Nouvelle-Aquitaine Region, Inserm Transfert Initiative, Bpifrance, regional funds ACI, NACO and Aqui-invest and IRDI Capital Investissement.

Some information contained in this press release are forward-looking statements, not historical data. These forward-looking statements are based on current beliefs, expectations, and assumptions, including, but not limited to, assumptions about Aelis Farma's current and future strategy and the environment in which Aelis Farma operates. They involve known and unknown risks, uncertainties, and other factors, which may cause actual results, performance or achievements, or industry results or other events, to differ materially from those described or implied by such forward-looking statements. These risks and uncertainties include those set out and detailed in Chapter 3 "Risk Factors" of Aelis Farma's registration document approved by the Autorité des marchés financiers on 14 January 2022 under number I.22-003.

1The half-year accounts were approved by the Board of Directors on September 23, 2022. The limited review of these accounts has been completed. The auditors’ limited review report is in the process of being issued. 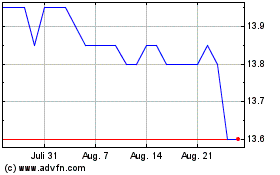 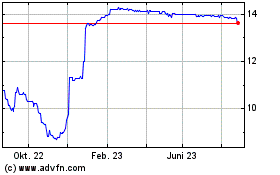 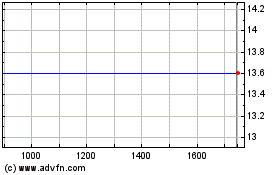