2,86
0,030 (1,06%)
Real-Time
Markt Geöffnet
2,86
Shiba Inu Adds Nearly 36,000 Holders Since June Despite Crypto Market Turmoil
25 September 2022 - 11:45AM
NEWSBTC
The price trend of Shiba Inu has been following the rest of the cryptocurrency market and remains negative. Notably, SHIB is still seeking to reclaim the high points it reached last year, when the value and popularity of the meme coin surged. As of this writing, SHIB is trading at $0.00001145, down 4.5% in the last seven days, data from Coingecko show, Sunday. Despite the crypto market’s sluggish condition, a portion of the dog-themed coin’s investors are optimistic that the asset will recover and are boosting their coin purchases while ignoring the market’s weakness. According to data from CoinMarketCap, as of September 24, SHIB has 1,226,031 holding addresses, representing an increase of around 35,835 new holdings over the course of three months. The new holders represent a 3% increase from the 1,190,195 who were registered on June 26. Related Reading: Dogecoin (DOGE) Is On Top Of Whales’ Menu – Here’s Why Shiba Inu: Increasing Use Case In addition to the prospect that new SHIB holders may wager on the coin’s appreciation, investors are likely drawn by SHIB’s rising utility. It is worth mentioning that interest in meme-based cryptocurrencies waned as a result of unfavorable publicity around the coins’ supposed lack of utility. Since June, Shiba Inu’s value has been on a roller-coaster ride, but the price has mostly remained low. The coin’s three-month high price was $0.000017 on August 15, and as of the time of writing, it had gained about 5% in the last 24 hours. Previously, the majority of retail investors liquidated around the price and then sought entry points as the memetoken approached $0.00001. Due to the massive concentration of tokens in the hands of small and medium-sized whales, Shiba Inu faces a significant increase in selling pressure whenever it succeeds to breach past local resistance barriers. Holding On To The Meme Coin Meanwhile, around 30% of SHIB investors have held the asset for more than a year, according to statistics from Into The Block. Despite the ongoing bear market, investors have generally abstained from disposing of their coins. These holders are fostering a bullish mood among investors while aiming to eliminate SHIB as a quick-profit asset. As of the time of writing, the trading volume of Shiba Inu is still declining, hence the token’s volatility remains high. The decline in trade volume is unfavorable for a coin that heavily depends on speculative appeal. As the number of SHIB holders increases, it appears that interest in the coin is waning. Google Trends data indicates that global searches for the keyword “Shiba Inu” decreased to their lowest level in the past 12 months, suggesting that SHIB could be losing its most avid fans. Related Reading: Can WAVES Flow Back From Its Low Ebb And Reclaim $4.6? SHIB total market cap at $6.27 billion on the daily chart | Source: TradingView.com Featured image from Daily Pets Care, chart from TradingView.com
Waves (COIN:WAVESUSD)
Historical Stock Chart
Von Jan 2023 bis Feb 2023 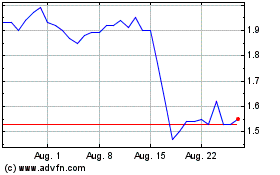 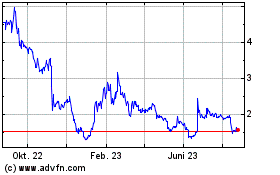 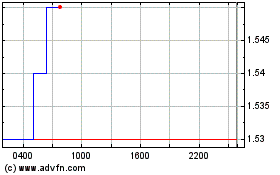