6,82
-0,130 (-1,87%)
Real-Time
Markt Geöffnet
6,82
Chainlink (LINK) Makes Top 10 List Of Most Purchased Tokens In Last 24 Hours
16 Oktober 2022 - 03:24PM
NEWSBTC
Chainlink (LINK) managed to trim its week-to-date losses after going down by as much as 10% following massive altcoin price correction a couple of days ago. The crypto, trading at $7.04 according to latest tracking from Coingecko, managed to stop further price bleeding, increasing by 2.1% over the last 24-hours and lowering its seven-day decline to 5.5%. But even with its price woes that made the digital asset fall from its October 2022 high of $7.92, traders appeared to be unfazed. In fact, Santiment shared on its Twitter post that there were three social dominance spikes recorded for Chainlink. This gave the impression that while the cryptocurrency was experiencing price dip traders were on the move, paying close attention to it. Ethereum Whales Purchase Chainlink Crypto whales tracker Whalestats also shared on Twitter a development that involved the 23rd ranked digital currency in terms of market capitalization. The post indicated LINK was among the top 10 purchased tokens by the 500 biggest Ethereum whales over the last day. This happened few hours after Chainlink announced the launch of its Economics 2.0 on October 14 in line with its plans to improve and make necessary changes to its network. JUST IN: $LINK @chainlink now on top 10 purchased tokens among 500 biggest #ETH whales in the last 24hrs 🐳 We’ve also got $UMA, $DAR, $UNI, #FTX Token & $LPT on the list 👀 Whale leaderboard: https://t.co/tgYTpODGo0#LINK #whalestats #babywhale #BBW pic.twitter.com/Ab3rDcTwhf — WhaleStats (tracking crypto whales) (@WhaleStats) October 14, 2022 With the help of Economics 2.0, the blockchain network is expected to increase its fees and revenue capture as well as security through staking. According to Chainlink’s Twitter post, their ultimate goal is to “unlock the immense value of Web3 by ensuring it has the sustainable, secure infrastructure it needs to go mainstream.” 1Perhaps the successful launch was also the reason why traders continued following Chainlink despite seeing its price drop once again. Chainlink Has The Potential To Outperform Bitcoin For the longest time, the crypto space believed that if there is a cryptocurrency that could outperform Bitcoin, it could be Ethereum. But an analyst made the suggestion that Chainlink could be the dark horse that could do better than the largest crypto by market cap. Into The Cryptoverse (ITC) founder Benjamin Cowen said LINK is currently in accumulation phase during this bear market but will outperform even Bitcoin once the bull market resumes. 1/ The goal of #Chainlink Economics 2.0: unlock the immense value of Web3 by ensuring it has the sustainable, secure infrastructure it needs to go mainstream. Econ 2.0 hinges on: • Increasing fees & revenue capture • Reducing operating costs • Increasing security via staking pic.twitter.com/wAMI9vLZlu — Chainlink (@chainlink) October 14, 2022 “One of the reasons why I think it hasn’t done as well recently, obviously, is not necessarily because Chainlink isn’t a great project it’s more so just because of the overall market risk… but I don’t think the fundamentals of Chainlink shine through a bit better in the bear market than they sometimes do in the bull market,” Cowen said, adding that LINK sort of acts like a backbone for many cryptocurrencies. While waiting for its anticipated bull run, Chainlink network is not sitting idly as it recently formed a partnership with interbank payments system SWIFT as provider of price feeds in testing cross-chain applications. As bear market continues to hurt the crypto space, Chainlink continues to strengthen its fundamentals, capturing the attention of even the biggest of investors such as Ethereum whales. LINK total market cap at $3.2 billion on the daily chart | Featured image from IndiaMart, Chart: TradingView.com Disclaimer: The analysis represents the author's personal views and should not be construed as investment advice.
ChainLink Token (COIN:LINKUSD)
Historical Stock Chart
Von Jan 2023 bis Feb 2023 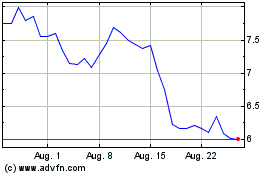 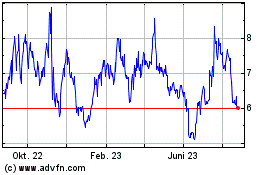 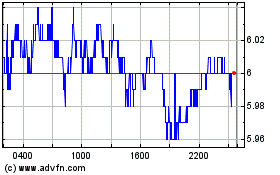