16,16
-0,420 (-2,53%)
Real-Time
Markt Geöffnet
16,16
BTC Reclaims Its 20K Spot After A Couple Of Bloody Weeks
28 September 2022 - 12:22AM
NEWSBTC
After plummeting to significant lows in July, bitcoin has been locked in a sideways trading action angling towards higher prices. Still, investors are anxious to see what’s going to happen next.  Last week, the Federal Reserve’s decision to squeeze more US Dollars out of circulation with another interest rate hike sent BTC tumbling. After finding support at the $18,000 psychological level, BTC surged 7% on the 27th of September in a tremendous display of volatility. As a result, the number one digital asset recovered to trading above $20,000 for the first time in over a week.  Related Reading: Bitcoin 90-Day CDD Hits All-Time Low, What Does It Say About Market? Differed Opinions on BTC’s Volatile Tuesday Run  TradingView tracked the movement of BTC as it closed in the green by 7% on the 26th of September. Data from Bitstamp reported a price peak at $20,344 before it eventually settled at $20,200.  As expected, the move seized the attention of many traders in the crypto bubble. However, people gave bipolar reactions to the news. Other comments warned investors to avoid making hasty, late entries influenced by the fear of missing out.  Analysis from a user with a strong crypto presence on Twitter dismissed any hope of a market reversal just yet. Capo of Crypto believes there would be lower lows below $19,000 before we see any relief from the crypto winter.  Will The Bulls Run The Bears Out Of The Market This Month? BTC’s aggressive gains made September’s last Tuesday an eventful day in the crypto world. Besides users giving their varied points of view on the likely interpretation of the recent move, several crypto research firms cannot wait to jump in and give their perspectives.  According to an on-chain analysis from Santient, the future of BTC’s price rests in the hands of the bulls. If they defend the $20,000 position till Friday, cementing September with a green close, a bright future awaits BTC price action.  The crypto market data and analytics platform, Santient, also noticed a lot of users taking profits as soon as BTC crossed the $20,000 key level. It seems several traders set automatic and mentally-noted take profit signals at that mark. Santient also divulged a transaction log of users claiming profits and closing losses at the same price. How September’s Ending Might Define The Future Direction of Crypto Based on a tweet by Santient, reclaiming the $20,000 spot increases the odds of BTC closing higher than its starting point in September. And more importantly, finishing past this psychological level will have a hugely positive effect on investors’ sentiment. September has been a slow month for the world-leading crypto. Despite the 7% gains on the 27th of September, bitcoin is currently making moderate monthly gains of 0.7%. That’s a heavy contrast to the day before, which left bitcoin trailing at a 6% loss according to monthly P&L data by CoinGlass.  Related Reading: Ethereum Name Service (ENS) Looks Strong, Eyes $16 Reclaim However, it is pivotal that BTC finishes above its September starting point, no matter how little the gains. BTC will record its first “September green” month since 2016 to finish this month in profit.  As of writing, bitcoin has slightly slipped below $20,000 to trade around $19,150. Featured image from Pixabay and chart from TradingView.com
Ethereum Name Service (COIN:ENSUSD)
Historical Stock Chart
Von Jan 2023 bis Feb 2023 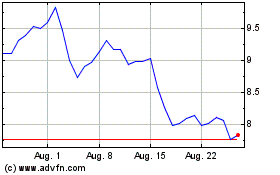 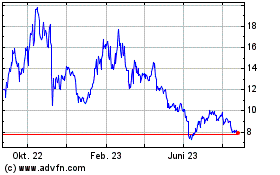 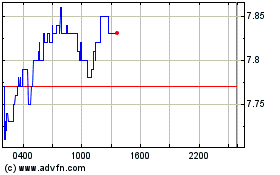