1,11
0,341 (44,34%)
Real-Time
Markt Geöffnet
1,11
Analyst Says BTC Is Angling For Six Digit Rally In Next Year
29 September 2022 - 02:00AM
NEWSBTC
A popular crypto analyst has predicted that Bitcoin (BTC) is on a bullish path to reach six figures in 2023. Known pseudonymously as Credible, the analyst made the prediction on his Twitter handle while addressing his over 300k followers.  The recent bear market began in late 2021, with Bitcoin dropping over 60% from its previous high. However, Credible believes that the crypto giant is experiencing a correction period that’ll see it rally up to six figures. Related Reading: Sam Bankman-Fried Eyes On Bidding For Celsius Assets How The Crypto Market Has Been Faring The entire crypto market experienced bullish moments during the pandemic. Many analysts attributed the high interest to excess money in circulation. However, the market has declined since the start of 2022 due to many macroeconomic factors.  Bitcoin fell over 60% from its all-time high of $68,000, with altcoins following the trend. Inflation statistics and lending rate hikes are major causes of the market’s volatility.  However, the market seems to be stabilizing in the past few weeks. BTC remained sturdy after the Feds announced another rate hike last Wednesday, seeing a minor price decrease. While it has enjoyed some short wins and nose-dives, it has remained in the $19,000 range. Why Is Credible Bullish On BTC’s Growth Next Year? Given the current market situation, some analysts believe the market could get worse before getting better. However, Credible believes that Bitcoin just completed a lengthy correction and is ready to spark a parabolic rally to hit $150k. Momentum. Which is why estimates must be within a range- it can vary. I am expecting at least 100k, not 300k+, likely somewhere around 150k-ish. But will know more as PA develops and the move actually starts. – Credible. Statistics Behind Credible’s Bullish Sentiments Credible is widely known to practice the Elliott Wave theory. This sophisticated technical analysis approach attempts to forecast price movement by leveraging crowd psychology which usually moves in waves. The theory states that a significant uptrend consists of five waves. The first three of which are upswings, and the last two are corrective phases. While we have gone lower than expected in terms of price, macro invalidation hasn’t been hit ($14,000) and time-wise we are still right on track for our fifth wave, despite what it may seem. Time-wise, wave four correction is proportional to third wave, just as wave two was to first wave. – Credible. According to the expert’s chart, BTC might start rising sharply in price sometime next month. He claims that sometime next year, Bitcoin’s price will rally to around $150,000. Cryptocurrency analyst also expects BTC to go beyond $22,000 in the near future. Focusing On The Charts While answering some comments on his predictions, Credible explained that momentum is the key driver behind his prediction. He also added that the present sentiment is similar to the attitude of investors and traders during the Covid-19 outbreak. Heard almost exactly the same during the Covid crash in March [2020]. We went 20x soon after.” Related Reading: Cardano Price Misses Fireworks On Its Birthday, How Far Will ADA Fall? As of writing, Bitcoin hovers above $19,500, trading at a 2.37% increase from its last 24-hour price. Featured image from Pixabay and chart from TradingView.com
Celsius (COIN:CELUSD)
Historical Stock Chart
Von Nov 2022 bis Dez 2022 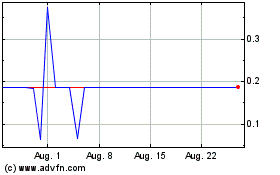 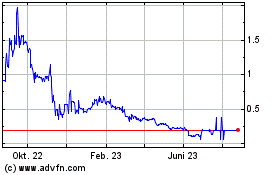 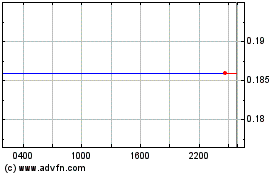