21,20
0,070 (0,33%)
Real-Time
Markt Geöffnet
21,20
$185 Million Worth Of AXS Tokens Set To Be Unlocked, Time To Get Out Of Axie Infinity?
24 Oktober 2022 - 07:00PM
NEWSBTC
Axie Infinity (AXS) is the leading play-to-earn ecosystem in the crypto space and has continued to maintain this title since its release. Its native cryptocurrency, AXS, has seen its price take a hit in the market since the bear market began alongside other digital assets in the space. However, it seems that the decline in the price of AXS is not at its end as more tokens are set to be released into circulation on Monday, 24 October. 21.5 Million Tokens Are Coming Just like a lot of other projects in the crypto space, Axie Infinity (AXS) also uses a vesting schedule where tokens are unlocked at specific times. This is in part to control the amount of supply of tokens in the market and to ensure the digital asset remains valuable. The most recent unlock event for Axie Infinity is actually happening on Monday which will see more than 21.5 million tokens being put into circulation. AXS’s current circulating supply is at 103 million and the token unlock will account for approximately 8% of the entire supply of AXS. The total value of the 21.5 million tokens being unlocked is $185.3 million given current prices.  Related Reading: Finder’s Panel Predicts 11% Growth For Bitcoin By Year-End All of the tokens being unlocked on Monday will also follow the established allocation which ranges from team to staking rewards. Of the total 21.5 million, 26.6% (5.7 million) will be sent to the team. This comes out to around $57 million of the total value. Advisors and investors in the private sale round will see a combined $45 million go to them. 8% of AXS supply set to be unlocked | Source: Token Unlocks The remainder of the tokens, which is about half of the upcoming token unlock, will be going towards servicing the Axie Infinity ecosystem. This will be in the form of staking rewards, play to earn rewards, and other ecosystem funds. Time To Get Out Of Axie Infinity? Just like any asset, Axie Infinity also operates within the laws of supply and demand. The price of the digital asset is already on the decline due to the ongoing crypto market and more token supply in the market is not going to help its price. This has understandably led to concerns among investors in the token. AXS trending at $8.6 | Source: AXSUSD on TradingView.com Given this, co-founder and COO of Axie Infinity Aleksander Leonard Larsen took to Twitter to explain that the unlock does not mean all of the tokens are going into circulation. Larsen explains that the unlocked tokens from staking, P2E, advisors, and the ecosystem fund will not be unlocked at once. But rather, “they follow a separate issuance schedule which is more flexible and can be tailored to user numbers.” Related Reading: Avalanche (AVAX) May Be Down, But It’s Not Out, Here’s Why This does remove a considerable amount of supply that would otherwise flood the market. However, there are still tokens going out to private investors ($20 million), who can choose to dump their tokens on the market whenever they wish. Selling pressure on AXS has been mounting due to this expected new supply. In the last seven days, the price of the cryptocurrency has declined more than 21% and is down 2.20% in the last 24 hours at the time of this writing to be trading at $8.65, according to data from Coinmarketcap. Featured image from CoinGeek, chart from TradingView.com Follow Best Owie on Twitter for market insights, updates, and the occasional funny tweet…
Avalanche (COIN:AVAXUSD)
Historical Stock Chart
Von Jan 2023 bis Feb 2023 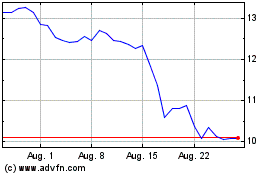 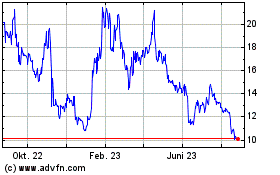 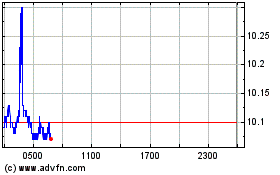