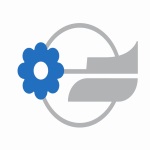 Mediaset SpA shares fell on Tuesday after a court in Milan issued a ruling over the scrapped purchase by Vivendi SE of Mediaset's pay-TV unit Mediaset Premium in 2016 that, according to media reports, order the French company to pay much lower compensation than Mediaset had sought.

The French conglomerate and the Italian media company have been at loggerheads since the deal fell through.

The court ordered Vivendi to pay 1.7 million euros ($2 million) in compensation, according to media reports. This compares with compensation for alleged damages of up to EUR720 million for Mediaset and EUR1.3 billion for Mediaset's majority shareholder Fininvest SpA, the holding company controlled by the family of former Italian Prime Minister Silvio Berlusconi.

Shares in Mediaset were down 2.6% in late morning trading in Europe.

"The Milan court`s decision is negative considering the Mediaset's claims and therefore the company will have a less advantageous position in any negotiations with Vivendi, which should start in the coming months," Equita SIM analyst Stefano Gamberini said.

Mediaset said late Monday that it was satisfied the Court of Milan had confirmed a serious breach of contract by Vivendi. However, it will appeal against the quantification of damages.

-Mauro Orru contributed to this story