Exscientia plc (Nasdaq: EXAI), an AI-driven pharmatech company committed to discovering, designing and developing the best possible drugs in the fastest and most effective manner, today announced the pricing of its upsized initial public offering in the United States of 13,850,000 American Depositary Shares (“ADSs”) representing 13,850,000 ordinary shares at an initial public offering price of $22.00 per ADS, for total gross proceeds of approximately $304.7 million. All ADSs sold in the offering were offered by Exscientia. The ADSs are expected to begin trading on the Nasdaq Global Select Market on October 1, 2021 under the ticker symbol “EXAI.” In addition, Exscientia has granted the underwriters a 30-day option to purchase up to an additional 2,077,500 ADSs at the initial public offering price, less underwriting discounts and commissions. The offering is expected to close on or about October 5, 2021, subject to customary closing conditions.

In addition to the ADSs sold in the public offering, the Company announced the concurrent sale of an additional 7,272,727 ADSs at the initial offering price of $22.00 per ADS, for gross proceeds of $160.0 million, in private placements to SVF II Excel (DE) LLC, or Softbank, and the Bill & Melinda Gates Foundation. The sale of these ADSs will not be registered under the Securities Act of 1933, as amended, and will be subject to a 180-day lock-up agreement.

A registration statement relating to these securities became effective on September 30, 2021. The offering will be made only by means of a prospectus. When available, copies of the final prospectus related to the offering can be obtained from any of the joint book-running managers for the offering: Goldman Sachs & Co. LLC, Attn: Prospectus Department, 200 West Street, New York, New York 10282, telephone: 866-471-2526, facsimile: 212-902-9316, e-mail: prospectus-ny@ny.email.gs.com; Morgan Stanley & Co. LLC, Attn: Prospectus Department, 180 Varick Street, 2nd Floor, New York, New York 10014, by telephone at 866-718-1649 or by email at prospectus@morganstanley.com; BofA Securities, NC1-004-03-43, 200 North College Street, 3rd Floor, Charlotte, NC 28255-0001, Attention: Prospectus Department, or email: dg.prospectus_requests@bofa.com; or Barclays Capital Inc., c/o Broadridge Financial Solutions, 1155 Long Island Avenue, Edgewood, New York 11717, by telephone at 1-888-603-5847 or by email at barclaysprospectus@broadridge.com. For the avoidance of doubt, such prospectus will not constitute a "prospectus" for the purposes of the Regulation (EU) 2017/1129 and has not been reviewed by any competent authority in any member state in the European Economic Area or the United Kingdom.

Exscientia is an AI-driven pharmatech company committed to discovering, designing and developing the best possible drugs in the fastest and most effective manner. Exscientia developed the first-ever functional precision oncology platform to successfully guide treatment selection and improve patient outcomes in a prospective interventional clinical study, as well as to progress AI-designed small molecules into the clinical setting. Our pipeline demonstrates our ability to rapidly translate scientific concepts into precision-designed therapeutic candidates, with more than 25 projects advancing, including the first three AI-designed drug candidates to enter Phase 1 clinical trials.

This press release contains certain forward-looking statements within the meaning of the “safe harbor” provisions of the Private Securities Litigation Reform Act of 1995, including statements with regard to Exscientia’s expectations regarding the commencement of trading of ADSs on The Nasdaq Global Select Market and the completion of the proposed securities offering. Words such as “anticipates,” "believes," “expects,” "intends," "projects," "anticipates," and "future" or similar expressions are intended to identify forward-looking statements. These forward-looking statements are subject to the inherent uncertainties in predicting future results and conditions and no assurance can be given that the proposed securities offering discussed above will be consummated on the terms described or at all. Completion of the proposed offering and the terms thereof are subject to numerous factors, many of which are beyond the control of Exscientia, including, without limitation, market conditions, failure of customary closing conditions and the risk factors and other matters set forth in Exscientia’s filings with the SEC. Exscientia undertakes no obligation to publicly update or revise any forward-looking statements, whether as a result of new information, future events or otherwise, except as may be required by law. 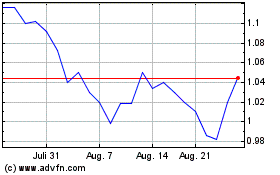 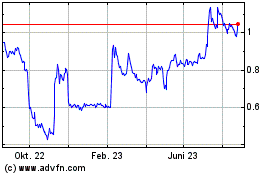 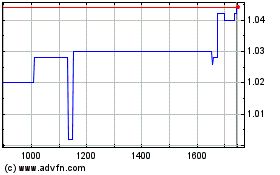