Air France-KLM announces the success of its €2.256 billion rights issue

Air France–KLM (the “Company”) today announces that it has successfully completed its share capital increase with preferential subscription rights (the “Rights”) announced on May 24th 2022 (the “Rights Issue”). Following the subscription period, which ended on June 9th 2022, the total demand amounted to approximately 2,240 million shares, for an amount close to €2.6 billion, corresponding to a well oversubscribed transaction with a take-up rate of approximately 116%:

The final gross proceeds of the Rights Issue, including the issue premium, amount to approximately €2,256 million (of which €1,611 million in cash) corresponding to the issuance of 1,928 million new shares (the “New Shares”) with a par value of €1 at a subscription price of €1.17 per share.

Benjamin Smith, CEO of Air France – KLM, stated “The success of our capital increase is a strong demonstration of the confidence that our existing shareholders and new investors have in the prospects of Air France-KLM. This operation, which is part of a broader strategy to transform and streamline our Group, will allow us to emerge with a stronger balance sheet and increased strategic flexibility. In a context of strong demand for travel, Air France-KLM will continue to implement its roadmap focused on increased profitability and sustainability, while meeting its customers’ expectations, fulfilling its CSR commitments and seizing the opportunities that will arise as the airline industry recovers.”

Following the settlement and delivery of the Rights Issue, Air France – KLM’s share capital will amount to 2,570,536,136 shares with a nominal value of €1 each.

Rationale for the Rights Issue

As announced on February 17th and detailed in the press release dated May 24th 2022, this transaction implements new recapitalization measures, following the 2021 initial capital increase.

The French state, Air France-KLM’s largest shareholder (with 28.6% of the Company’s share capital and 28.1% of voting rights), participated on an irreducible basis to the full extent of its Rights, corresponding to a subscription of 551,404,728 New Shares. Its shareholding after the completion of the Rights Issue remains unchanged. This subscription was carried out by way of offsetting a portion of the deeply subordinated notes (TSS Etat) issued in April 2021.

The Dutch state participated on an irreducible basis to the full extent of its Rights, corresponding to a subscription of 180,000,000 New Shares. Its shareholding after the completion of the Rights Issue remains unchanged.

CMA CGM, exclusive strategic partner for the cargo business, becomes a new reference shareholder, with a total shareholding amounting to 231,348,252 New Shares, corresponding to 9.0% of the Company’s share capital after the Rights Issue.

China Eastern Airlines and Delta Air Lines participated in the Rights Issue on a cash-neutral basis, for an aggregate amount of approximately €110.7 million by subscribing to 58,763,343 and 35,873,772 New Shares respectively by using the net proceeds from selling part of their Rights to CMA CGM. This brings their respective shareholdings to 4.7% and 2.9% of the Company’s share capital after the Rights Issue.

The FCPEs (“Fond Commun de Placement Entreprise”) participated in the Rights Issue on a cash-neutral basis through the sale of part of their Rights to the benefit of CMA CGM in a proportion allowing them to partially finance the exercise of the balance of their Rights by using the net proceeds of this sale.

The SPAAK (Stichting Piloten Aandelen Air France - KLM) participated in the Rights Issue on a cash-neutral basis by subscribing to new shares through the sale of part of their Rights.

Settlement and delivery of the New Shares and commencement of trading on Euronext Paris and Euronext Amsterdam are expected to take place on June 16th 2022. The New Shares will immediately entitle their holders to receive dividends declared by the Company as from the date of issuance. They will be fully fungible with existing shares of the Company and will be traded on the same trading line under the same ISIN code FR0000031122.

Air France-KLM has agreed to a lock-up period starting on the date of the signing of the underwriting agreement and expiring 180 calendar days following the settlement and delivery date of the New Shares, subject to certain exceptions.

The French state, the Dutch state, China Eastern Airlines and Delta Air Lines have entered into a lock-up agreement from the approval of the Prospectus by the French Autorité des Marches Financiers (the “AMF”) and until the expiration of a period of 90 calendar days following the date of settlement and delivery of the New Shares, subject to certain exceptions.

CMA CGM has agreed with the Company on a lock-up commitment as from the settlement-delivery of the New Shares until the expiry of a three-year period following this date, it being specified that CMA CGM may sell a maximum of 50% of the shares acquired in the context of the Rights Issue during an additional three-year period. This lock-up commitment will be terminated early if a firm and complete cooperation agreement in relation to air cargo is not concluded before December 1st 2022 or if such an agreement is terminated.

In addition, CMA CGM committed to a 10-year period to not acquire or subscribe to any shares issued by the Company, unless such acquisition does not lead to an increase of its stake in the share capital of the Company, subject to certain exceptions. The undertaking specifies that at the end of a period of 5 years from the settlement-delivery of the New Shares, the Board of Directors of the Company may modify this undertaking in order to allow CMA CGM to increase its shareholding in the Company.

The appointment of Rodolphe Saadé as a Board Director for a four-year term of office was approved by the general shareholders' meeting held on May 24th 2022 and will be effective after all regulatory approvals have been received.

Availability of the Prospectus

The Prospectus is available on the websites of the AMF (www.amf-france.org) and the Company (www. airfranceklm.com). Copies of the Prospectus will be made available free of charge at the Company’s headquarters, located at 2, rue Robert Esnault-Pelterie, 75007 Paris, France.

Potential investors are advised to read the Prospectus before making an investment decision in order to fully understand the potential risks and rewards associated with the decision to invest in the securities. The approval of the Prospectus by the AMF should not be understood as an endorsement of the securities offered or admitted to trading on a regulated market.

The distribution of this document may, in certain jurisdictions, be restricted by local legislations. Persons into whose possession this document comes are required to inform themselves about and to observe any such potential local restrictions.

This press release is an advertisement and not a prospectus within the meaning of Regulation (EU) 2017/1129 of the European Parliament and of the Council of 14 June 2017 (as amended, the “Prospectus Regulation”). Potential investors are advised to read the prospectus before making an investment decision in order to fully understand the potential risks and rewards associated with the decision to invest in the securities. The approval of the prospectus by the AMF should not be understood as an endorsement of the securities offered or admitted to trading on a regulated market.

This announcement may not be published, forwarded or distributed, directly or indirectly, in the United States of America, Canada, Australia, South Africa, or Japan. 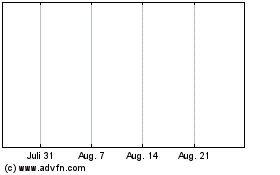 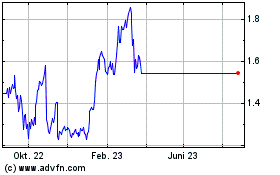 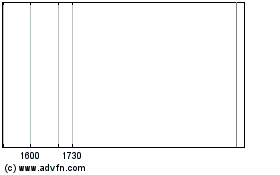